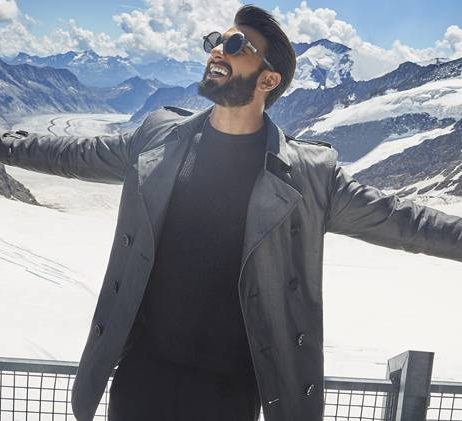 Ranveer Singh is currently in Switzerland…playing cricket in snowy mountains.

Last year became the ambassador for Switzerland tourism, “Now that I am the official Brand Ambassador of Switzerland Tourism, I am just raring to go back in the winter and see what it looks like in the snow.”

He’s now uploaded a video of himself on Facebook commentating his own cricket match; the video includes asking the opposing team their thoughts on the game “what if Ranveer wins today?”.

He even included an information card on himself and other players.

And of course it was only right for him to sledge down the pitch and win the match!

Have you ever played cricket in the snow? Let us know your thoughts. #BritAsiaTV