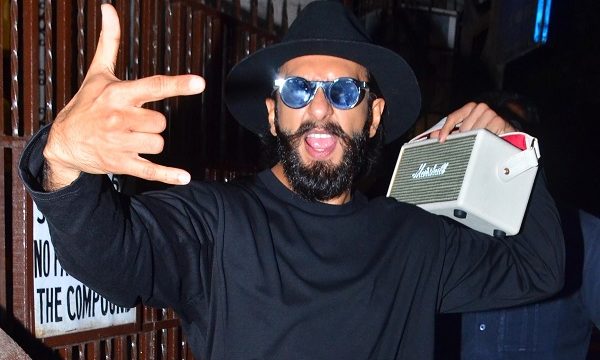 Ranveer Singh is set to play a rapper in his new movie ‘Gully Boy’. Gully Boy is an upcoming film starring Ranveer Singh and Alia Bhatt; it will be the first time the pair has starred in a film together.

The film focuses on Mumbai’s very own street rappers and their experience growing up in the ghettos. The movie is supposedly based on the rappers Zaezy and Divine. Ranveer has previously showcased his rapping skills in the ‘Ladies vs Rickly Bahl’ song. According to reports Ranveer Singh is putting his hidden talent to good use as he’s been seen coming out of a recording studio, recording a song with other rappers. Fortunately the well-known rapper Divine has allegedly given Ranveer a “thumbs up”. Although rumours imply Ranveer is playing a character inspired by Zaezy, the rapper, life.

Would you want to see Ranveer Singh rap? Let us know your thoughts. #BritAsiaTV