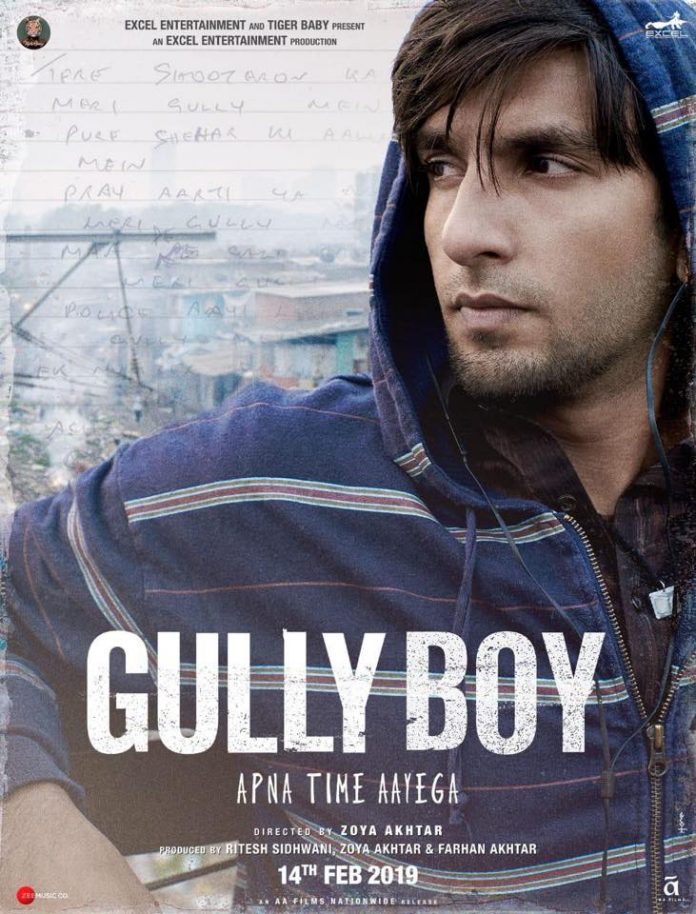 In 2018, Bollywood enthralled fans across the world, and delivered hit movies every month such as ‘Padmaavat’, ‘Sanju’, ‘Padman’, ‘Veere Di Wedding’ and many more.

The Indian film industry is always looking for new ways to portray messages and cultural situations, and that is exactly what they have done with the upcoming flick ‘Gully Boy’.

It will be the first movie where we will see newly married Ranveer Singh and Alia Bhatt starring in a movie together. The flick is based on lives of the Mumbai street rappers such as Divine and Naezy, who are known for the song ‘Mere Gully Mein’.

The lead actors took to their social media accounts to share the poster:

Ranveer Singh will be playing the role of an underground rapper who defeats all the odds to achieve what he wants in life. There hasn’t been a lot of information released on Alia’s character, but could be a love interest of Ranveer Singh’s character.

The flick has been directed by Zoya Akhtar, and is set to be one of the most anticipated musical drama movies of 2019. It’s set to hit the big screen on Valentine’s Day!