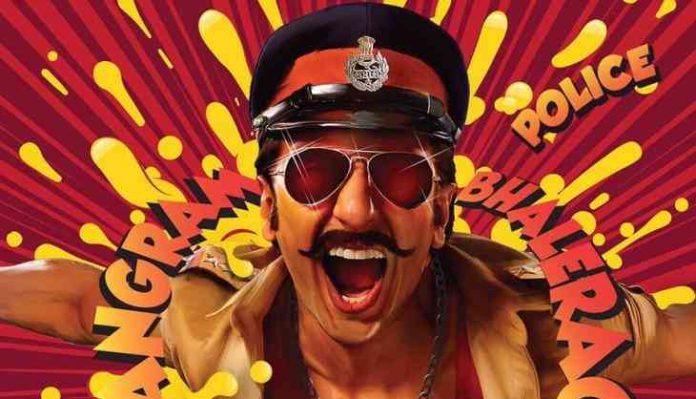 On India Independence Day, Ranveer Singh drove his fans into over drive as he unveiled a sneak peak of his much-awaited action-thriller Simmba. The ‘Padmaavat’ star plays the role of a police inspector called Sangam Bhalareo in the Rohit Shetty directed movie.

He took to his social media, and shared a 40 second clip, where we get glimpses of the 33-year-old actor displaying some of his incredible action moves.

The teaser delivers a powerful message about crime against women, and urging people to fight against it. The ‘Bajirao Mastani’, actor dons the role of a cop, sporting a classic moustache and smart uniform attire.

‘Simmba’ is a remake of 2015 Teugu blockbuster Temper, and we will also se Saif Ali Khan’s faughter Sara Ali Khan play opposite Ranveer. The movie is due to hit the big screen on December 28th this year.