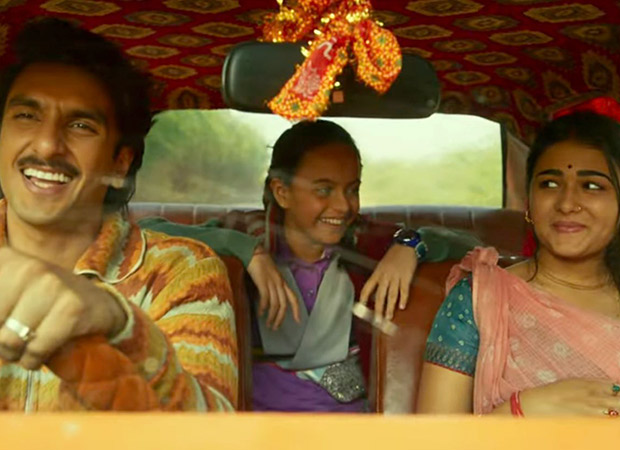 Ranveer Singh is gearing up for the release of his film Jayeshbhai Jordaar on May 13. The film directed by debutant Divyang Thakkar also stars Shalini Pandey, Boman Irani, and Ratna Pathak Shah among others. Earlier it was reported that the film will have a run time of 2 hours and 4 minutes making it the shortest Bollywood film in recent times. However, now the revised run time of the film has made it shorter by 2 minutes.

According to the revised run time of the film, the first half of Jayeshbhai Jordaar will be of 54 minutes and 52 seconds while the second half will be 1 hour and 6 minutes long, bringing the total runtime to 2 hours 01 minutes 48 seconds.

The theatrical trailer of Ayushmann Khurrana starrer Anek and Akshay Kumar starrer Prithviraj has been attached to the print of Jayeshbhai Jordaar. While Anek will be released in theaters on May 27, Prithviraj will hit the theatres on June 3.

Meanwhile, ahead of its release, Jayeshbhai Jordaar had landed in legal trouble after an NGO called Youth Against Crime moved the Delhi High Court over the depiction of a prenatal sex-determination scene in the film’s trailer. The Hon’ble Delhi High Court on Wednesday disposed off the Public Interest litigation that sought deletion of a scene from the film. The petition was disposed off without allowing the Petitioner’s prayer for the deletion of the said scene, in terms of Yash Raj Films’ statement to insert an appropriate disclaimer at the relevant portions of the scene that was the subject matter of the trailer and the Petition. Accordingly, Jayeshbhai Jordaar will be released without any removal/cuts on the 13th of May, as scheduled.