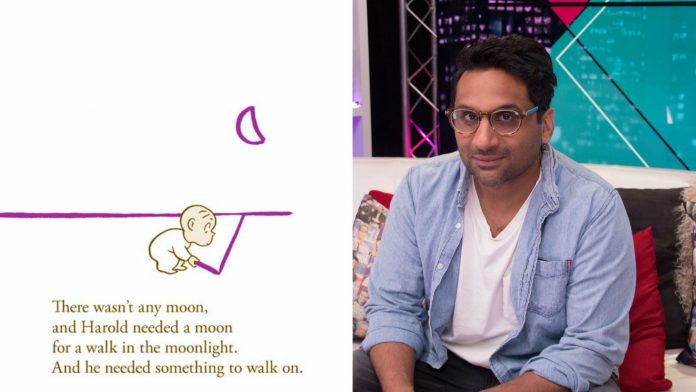 Actor Ravi Patel has been cast in Sony Pictures’ live-action adaptation of Harold and the Purple Crayon.

Also starring in the film will be Zachary Levi, Lil Rel Howery, and Zooey Deschanel. The characters assigned to the actors is to be confirmed by Sony Pictures.

The live-action film is based on the book published in 1995 written by Crockett Johnson, which tells the story of a 4-year-old who is able to create worlds around him, courtesy of his magical crayon.

The book was the start of a series which concluded with the seventh book – Harold’s ABC, in 1963. The book was previously adapted for an animated short in 1959, narrated by Norman Rose and was directed by David Piel.

Popeye and Tom and Jerry director, Gene Deitch later directed two animated shorts: 1971’s A Picture for Harold’s Room and 1974’s Harold’s Fairy Tale, which were adaptions of follow-up books in the series.

Patel recently starred in the docuseries Ravi Patel’s Pursuit of Happiness for HBO Max and Bhaag Beanie Bhaag for Netflix, both of which he created and executive produced. He’s also appeared in Master of None, It’s Always Sunny in Philadelphia, and the documentary Meet the Patels.

Patel’s previous work includes 2020’s Butter, 2019’s Come as You Are and 2018’s The Black String. He will next be seen in the upcoming film, The Valet and the upcoming Showtime series Three Women.

A release date for Harold and the Purple Crayon is to be announced.