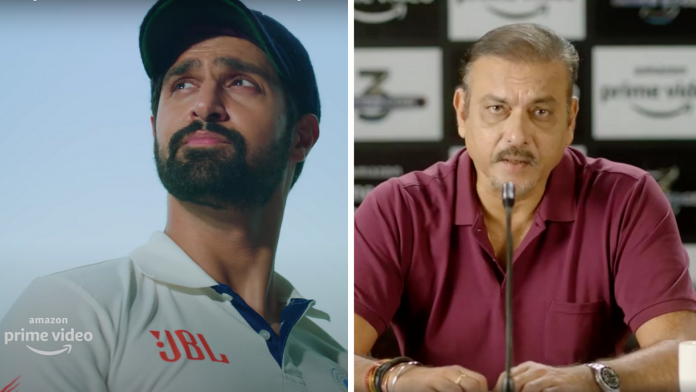 Former Indian cricket coach Ravi Shastri has given his view of the new captain in Inside Edge Season 3.

Former coach and Indian cricketer and coach, Ravi Shastri has shared his views on the newest captain on board in the third season of Inside Edge, which stars Vivek Oberoi and Richa Chadha.

Speaking about the young captain, Ravi says that the appointment of an “aggressive and self-confident” young player is a “good appointment” as his energy with the teammates will help him take the team along.

On social media, Prime Video India shared a clip of the former cricketer’s reaction to the new captaincy.

It appears Ravi is prepared for the new innings of Amchi Mumbai’s very own Vayu Raghavan, as he is gunning for the Indian captain following successful innings with Mumbai Mavericks in the show.

The stakes are higher in Season 3, as ‘the game behind the game’ becomes more intriguing and a personal vendetta takes the centre stage. Prime members can stream all ten episodes of Inside Edge Season 3 in more than 240 countries and territories worldwide.

Inside Edge Season 3 will stream on Amazon Prime Video from 3 December, 2021.