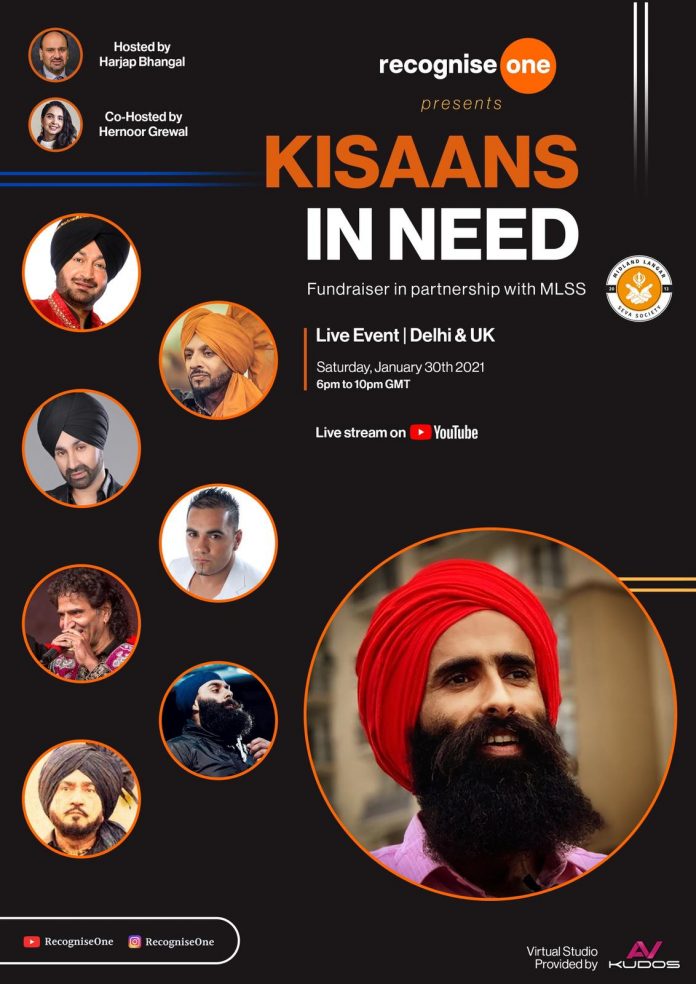 Recognise One and Midland Langar Seva Society (MLSS) have raised more than £350,000 in donations to aid the ongoing farmers’ protests in Delhi, India.

Recognise One is a platform that works with others as part of a global movement committed to ending poverty and social injustice. Midland Langar Seva Society is a charity to help the homeless and those in need around the UK.

Throughout the months-long protests that see hundreds of thousands of farmers across India protesting against three farm bills, many Punjabi communities across the world have come together online to provide relief for Kisaans.

To continue their support, both organisations have come together to raise more than £350,000 for ‘Kisaans in Need’ – to support the farmers’ welfare during the protests.

Over the weekend, MLSS took to Twitter to announce the fundraise, requesting their followers be “part of the change.”

1 hour until the Kisaan fundraiser in partnership with MLSS.

Make sure to check out the schedule and be part of change.

The protests are being led by agriculture union leaders from Punjab, as well as many other states including Haryana, Bihar, Rajasthan, Maharashtra and has earned support from the entire nation, states the organisation.

The fundraiser has seen more than 3,000 donations and you can help make a contribution to Midland Langar Seva Society in aid of Recognise One here.