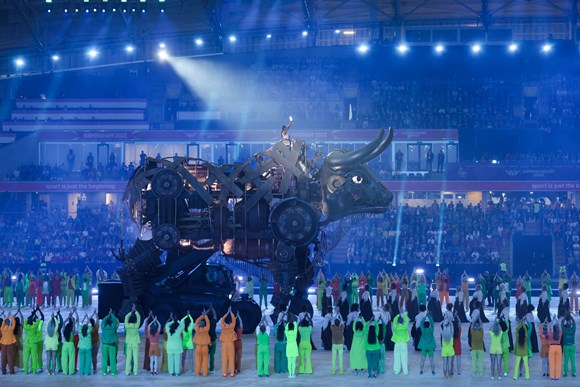 With over 1.3 million tickets already sold, Birmingham 2022 will be the most attended edition of the Commonwealth Games ever to take place in the United Kingdom.

More than 500,000 tickets have been sold to residents across the West Midlands. An additional one million people are expected to visit the region to enjoy 11 days of sporting competition as well as the Birmingham 2022 Festival, a six month long cultural programme which started in March 2022 and is shining a light on the region’s vibrant cultural sector.

For those wanting to be part of the largest sporting event to take place in the United Kingdom since the 2012 Olympics, there are still a limited number of tickets available. Prices start at £15 for adults and £8 for under-16s.

Tickets can be purchased in the following ways:

“Excitement for Birmingham 2022 is rocketing and the record demand for tickets is testament to the incredible support the British public has for the Games.

“With the eyes of the Commonwealth on this great city, these historic Games will bring people together through world-class sport and culture, grow the regional economy, and leave a lasting legacy for the people of Birmingham and the West Midlands.”

“The demand for tickets for the Games has been fantastic and we’re thrilled to have sold a record-breaking 1.3 million so far, which will make for an incredible atmosphere at all our venues.

“There are still some tickets left and selling fast, so don’t miss your chance to be part of the largest sporting event to take place in the UK since the 2012 Olympics and witness sporting history being made here in the West Midlands.”

The Games opened last night with a spectacular Opening Ceremony, which was broadcast live across 134 countries around the world.

Over the coming 11 days athletes will compete across 286 sporting sessions and 280 medals event. This edition of the Commonwealth Games will have the biggest ever sports programme with 19 sports and 8 para sports integrated into the programme.

For the first time at a major multi-sport event in history, there will be more medals awarded to women than men.