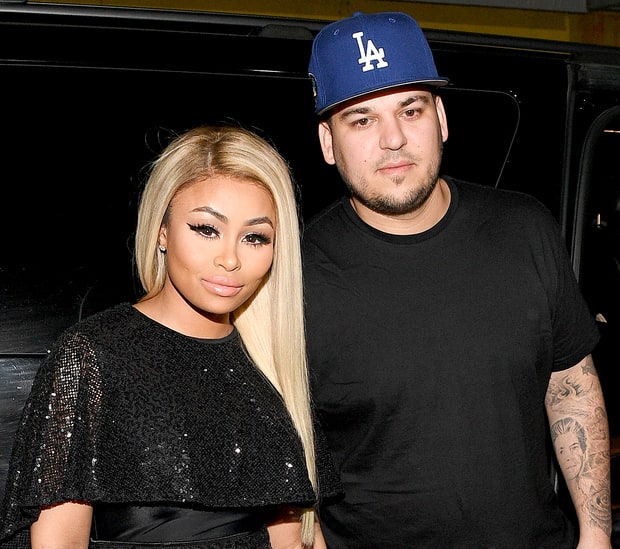 On Sunday night, the highly anticipated reality TV series entitled ‘Rob and Chyna’ – a spin-off show of the hugely successful ‘Keeping Up With The Kardashians’ premiered on the E! Network. In the season premiere, the couple would reveal the gender of their baby.

In the clip below, Rob has mixed emotions, as he sits next to his fiancé – clutching her hand. “I’m pretty nervous. I’m excited… I really want a boy.”

The camera than awkwardly swivels over to Rob Kardashian, who is less than happy with news.

In a confessional, Rob later reflected on the announcement, saying: “It’s an emotional moment. Me wanting to have a boy, it definitely stems from my dad but I’m sure I’ll have the same relationship that I had with my father with my daughter”.

“I’m just happy that the baby’s healthy and I’m gonna be super happy with a girl.”

In a trailer of season one, the upcoming season of Rob and Chyna shows drama left, right and centre in every episode – which looks like yet another exciting spin-off of the popular TV franchise.

Check out the trailer below and stay tuned to BritAsia TV for more music, sports, entertainment and fashion updates.

News Priyanca Kumari - 18th September 2020
0
Tru Skool has announced he will produce Karan Aujla's next album in photo that needs no deciphering.  Tru Skool shared the announcement through a bold...