I’m one to always rock the red, whether that be through my shade of my lipstick or the colour of my heels. Yet there are still some girls out there afraid to go for this look feeling it’s a ‘bit too out there’.

On occasion, it’s even been described as OTT by some of my more reserved Indian friends and family, so I would like to share three justifications for working the bold colour into your look.

In an article by Mail Online, a study was described in which 280 students were shown pictures of the opposite gender so that they could rate their attractiveness. The person in each photo was wearing either white, red or blue.

The result was that males found ladies who wore red to be most gorgeous and described them as more approachable. Women wearing red were also described as more ‘competent’ which I can certainly agree to because let’s face it; when you wear red, you feel confidant.

Let’s face it, it’s not about attracting guys really. It goes beyond that. We attract guys as a result of the confidence we feel from wearing a statement colour. From Beyoncé to Michelle Obama, empowering women that we look up to are ‘rocking the red’.

Going further back, it’s been stated in an online article by WNYC that “The first and most famous manifestation of red lipstick ‘was in New York when the suffragettes took to the streets, banded together, and as part of their defiance and fight for the vote, they all wore bright red lipstick…’ #nuffsaid 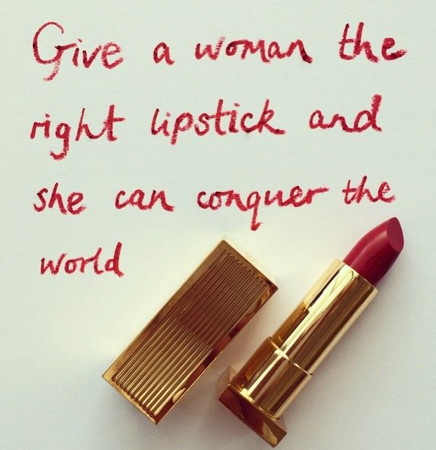 During the Great Depression, it was discovered that when money was tight small luxuries and little ‘pick me ups’ such as makeup was bought rather than stopping the urge to spend altogether. This was described as ‘The Lipstick Effect’.

According to ‘lipstick effect in full swing’ by the Telegraph; ‘between 1929 and 1933 industrial production in the US halved but sales of cosmetics rose’.  Okay, maybe this isn’t as specific to red as the other two reasons, but it helps justify our need to shop for cosmetics, right? If people had this issue even during the Great Depression, it definitely makes me feel less guilty about my shopping addiction in current times. #smugsmile 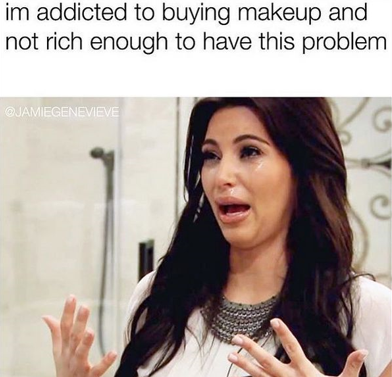 Well there you have it. I hope I’ve convinced you that working red into your look goes beyond ‘being OTT’. Why don’t you ‘rock some red’ on your next night out? I know I will 😊