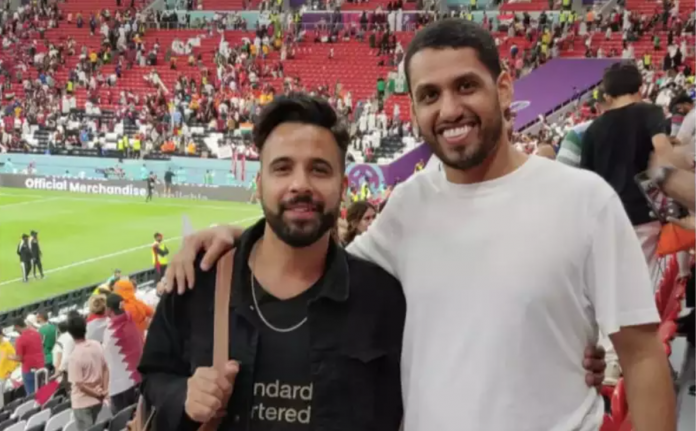 Rohit Mehta is an ardent football fan and there is no way he could have missed the ongoing FIFA World Cup. So, the ‘Pardon’ actor flew to Qatar yesterday to catch all the action live. He says, “I am a big Lionel Messi and Cristiano Ronaldo. I know people tend to pick one among the two, but I admire both these legends because of their unique style. I can’t choose one. Also, it is likely to be their last World Cup, so I couldn’t have missed it for anything in the world.”

So, which team is he supporting? He replies, “I support Brazil because when I was young and started watching football, the first match I saw was of Brazil and I saw Ronaldo playing for the team. It was that moment that still rules my heart. Since then, Brazil is the team I always cheer for.”

For Rohit, football is what cricket is to most Indians. It is his favourite sport. The actor, who has been a part of ‘Veer Gomtesha’, says, “Football is like meditation. I get completely engrossed in the game. Football requires a lot of stamina, strategy, skills, teamwork and focus. I don’t think any sport demands that much commitment. Football is the most popular sport for a reason.”

He adds, “I am glad that the sport is getting its due in India as well. However, it is not as commercial as cricket but it’s much better than it was when I was in school. I am saying this because I wanted to be a footballer and told my father about this, but he said, ‘ Beta, play cricket not football’.”