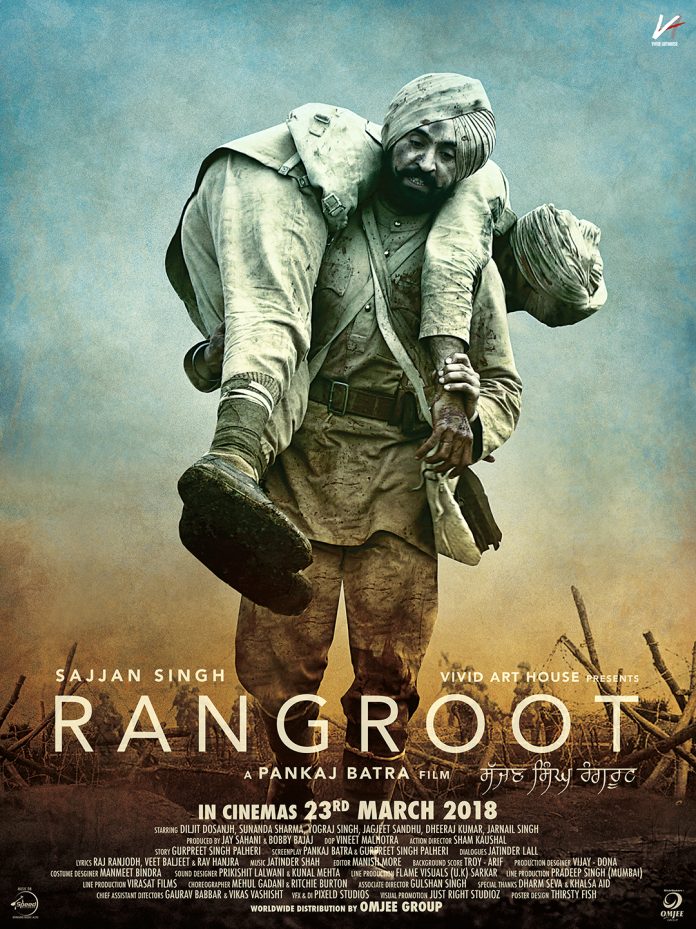 One of the most anticipated movies of the year ‘Sajjan Singh Rangroot’ was released on Friday, and has stormed its way up the charts battling off fierce competition and making it the fourth highest opening film in the UK ahead of Bollywood movie ‘Hichki’ starring Rani Mukerji.

Cinemas goers took to social media after the release of the movie, with many claiming it to be the best Punjabi film they have ever watched, and a must-see film not just for the Asian communities in the UK but the wider market too.

Sajjan Singh Rangroot starring Diljit Dosanjh in the lead role, released nationwide on 23rd March, is inspired by the true story of the Lahore Regiment of the British Indian Army. It follows the regiment and the challenges faced through the eyes of soldier Sajjan Singh Rangroot and his brigade of Sikh soldiers.

Watch the trailer for the memorising movie below.