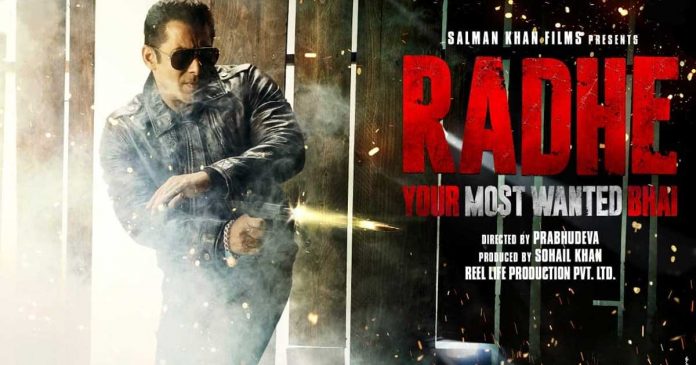 Salman Khan Films in association with ZEE Studios has released the trailer for the star’s action-packed, adrenaline-fuelled film ‘Radhe: Your Most Wanted Bhai’ in time for Eid 2021.

In line with theatrical tradition, Salman Khan’s highly-anticipated blockbuster of the year, Radhe: Your Most Wanted Bhai will premier this Eid, simultaneously on multi-platform worldwide on 13 May, 2021.

Directed by Prabhudeva, the trailer sees a blend of high-octane action, witty repartee and chart-buster music. The trailer offers a glimpse inside the world of crime that Radhe (Khan) is pitted against, spearheaded by the main antagonist played by Randeep Hooda.

The film also stars Disha Patani and Jackie Shroff — both of whom reunite onscreen with Khan after 2019’s Bharat.

A wide theatrical release targeting 40 countries is being planned across all international territories – including Middle East, North America, Australia, New Zealand, Singapore, Europe.  It will also be the first Bollywood film to release theatrically in the UK since the lockdown last year.

Radhe: Your Most Wanted Bhai is presented by Salman Khan films in association with ZEE Studios, produced By Salma Khan, Sohail Khan and Reel Life Production Private Limited. The movie releases on May 13, 2021 on the occasion of Eid.