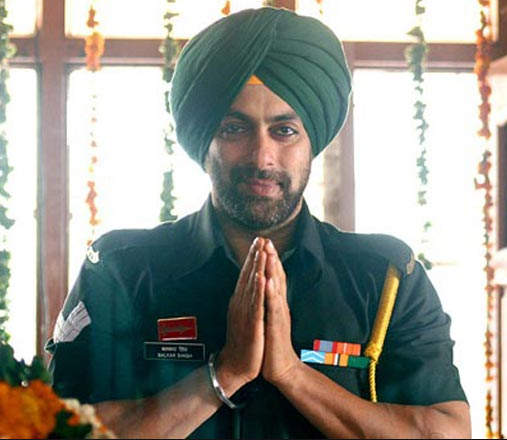 Salman Khan has been roped in to play a Sikh cop in his forthcoming film in which he will be seen with brother-in-law and actor Aayush Sharma for the first time.

The untitled film is likely to go on floors in May and talking more about it, the source added, ‘Salman has allotted bulk dates for the shoot and he is looking at a year-end or early 2021 release’.

In his career span of more than three decades, Salman Khan has donned the police uniform multiple times. The superstar was a cop in movies namely Patthar Ke Phool, Auzaar, Garv, Wanted and one of his most loved character, Dabangg series. Now as per reports in Mumbai Mirror, Salman is all set to be seen playing the role of police in Abhiraj Minawala of LoveYatri fame’s upcoming directorial.

Khan will be a Sikh cop and with a turban and a heavy bearded look. The movie also has Salman’s brother-in-law and actor Aayush Sharma, who plays a North Indian gangster. Talking about it, a source told the tabloid, ‘Salman has played cops before, but what excited him about this one is that he’s a Sikh cop. He will be growing a beard for real and wears a turban’.

Salman has previously done very few roles which required him to pull off the turban look, which is why he is excited to embark on this journey!