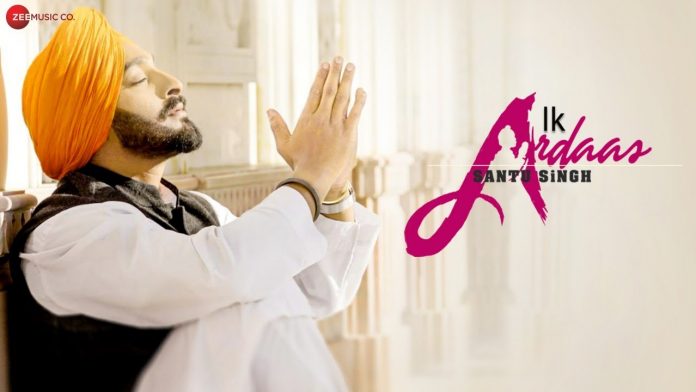 Santu Singh has released his latest song ‘Ik Ardaas’ under Zee Music Company. The lyrics were penned by both Tarun Safar & Mayank Gera, with the music provided by Santu Singh & Praveen Meetu. CME Crown Media & Entertainment produced the song, with the video directed by Major Singh Takhar. Santu gave a special thanks to Mangal Singh, for his guidance and support, which without would not have been possible.

He uploaded the song onto the YouTube platform, with the caption:

“There’s only one light that connects us all together and that divine power is whom we pray to today in these uncertain times. regardless of what race, religion, or creed you are. We are all a part of that “one”. All It Takes is a single prayer from the heart to connect to the divine, to reach out to the almighty. Here’s my way of reaching out to Him. Music can change people to help change the world. Ik Ardaas “Naam Khumari Nanaka Chadi Rahe Din Raat” vaani. This is the profound and simplified manner in which all seekers long for. Can one escape the inevitable? Therefore one is always trying to achieve this perfection. all his faculties are overwhelming him with this mantra… till the subconscious is flooded. Wow. It is this time the seeker knows he is now with his maker. He does feel ecstasy or pain. He is with his maker reveling in his luminescence. When he is in this state he starts feeling the pain of his brothers and sisters. He is stable and wants the same journey for his brethren. He starts slowly to chant the lines. The magic is woven for all to hear. By, Colonel Ashwani Sharma.”

He also shared a personal message to his fans explaining his new song: