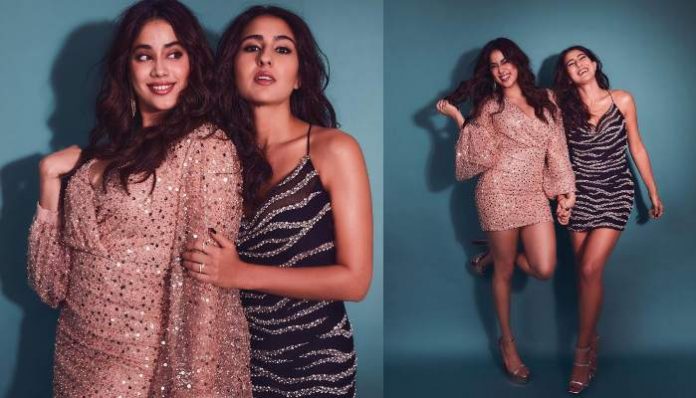 Ever since the  announcement the show has increased buzz and several names of celebrities are speculated as guests. It was revealed that this year, Koffee With Karan Season 7 will premier on Disney Plus Hotstar and here comes an interesting update about the first guests on Karan Johar’s show.  If reports are to be true, Janhvi Kapoor and Sara Ali Khan will be among the first duos to be invited on Karan Johar’s talk show.

“Janhvi Kapoor and Sara Ali Khan will feature together in one of the early episodes. The two have been vacationing and sharing plenty of hangout videos on social media, and it’s this relationship that KjO and the rest of the cast are hoping to explore in this entertaining episode. This episode will premiere sometime in June 2022” a source stated.

Karan Johar had previously expressed gratitude to the audience for their support of him and his show ‘Koffee With Karan’ throughout the years. “Koffee with Karan has been a part of my life, and yours, for 6 seasons now,” he said on Instagram. I’d like to believe we’ve made an impression and earned a spot in pop culture history. As a result, I regret to inform you that Koffee with Karan will not be returning…”