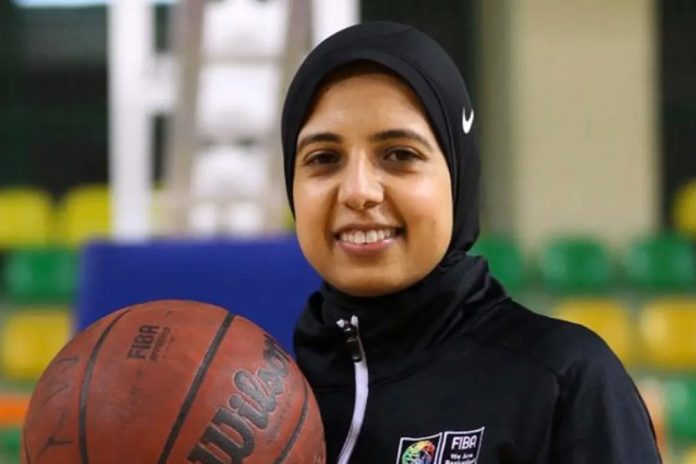 Sara Gamal is set to make Olympic history by becoming the first hijab-wearing Muslim woman to referee basketball at the Games.

The Egyptian civil engineer will also be the first Arab and African woman to officiate 3×3 basketball, which is also making its debut at Toyko.

Talking to the BBC, Gamal said young female referees in Egypt often wrote to her saying they had thought they had no opportunity to be in big tournaments or travel.

“I tell them you can do better than me. You can achieve all your goals anywhere you want. You have the power to do it,” she said.

“It’s a big honour that they can think about their future as referees and see that if they work hard they will achieve their dreams.”

For Sara, going to the Olympics is “a dream”. But the pandemic meant it was unclear if the Games would even take place.

“We were very worried about whether it was going to happen or not, but finally it is.

“It’s a big responsibility when you represent not only yourself, but also [both Africa and the Arab world]. It’s not easy, but I want to be a good representative for them, so I’m putting my best into it”.

She still works as an engineer, and studied for five years whilst pursuing her basketball dreams and will soon referee at the Olympics.