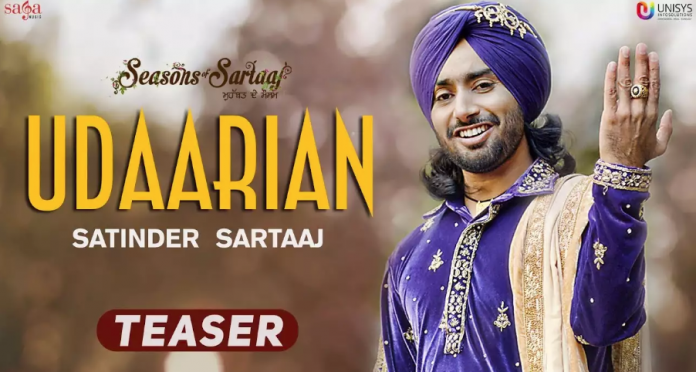 Sufi maestro and Punjabi singer Satinder Sartaaj has shared a teaser of his upcoming track ‘Udaarian’ from his forthcoming album ‘Seasons of Sartaaj’.

Fans are delighted that the soulful singer has given a little glimpse of his new Punjabi song ‘Udaarian’. The epic love song will you fall in love with the feeling of love itself, and reveals that love is the rarest of the rare that makes a person forget all their senses when they find their one true love.

The teaser shows us that it is an another wonderfully well shot video, set in a quaint little village in the rural area of England. We see Satinder driving around in a vintage looking car, looking every inch British and features his love interest.

The music for ‘Udaarian’ has again been composed by famous Indian music director Jatinder Shah, and he has not disappointed with this track. The harmonious and soft melody is what we expect from Satinder, so we can’t to hear Satinder’s soft vocals on this.

There has been no official release date announced but we can expect the song to be released this month.