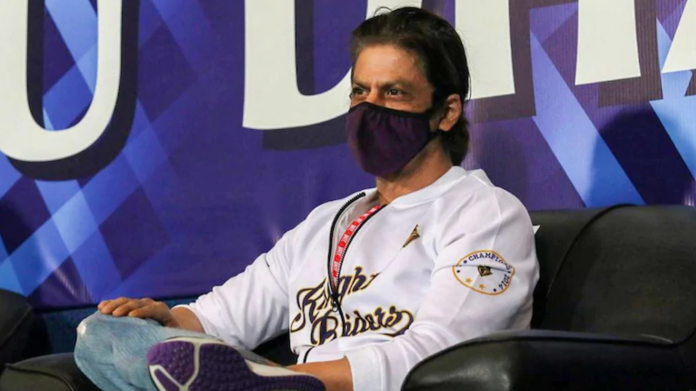 In a career spanning over two decades, King Khan has delivered a multitude blockbusters, and has made his mark in many romantic films. Aditya Chopra helmer Dilwale Dulhania Le Jayenge (DDLJ) recently celebrated 25 years and is to be cemented in Odeon’s Leicester Square – as part of the ‘Scenes in the Square‘ movie icon trail.

Today, many of his movie co-stars and cricketing colleagues have taken to social media to send well wishes for the actor on his 55th Birthday. Co-stars including Juhi Chawla, Madhuri Dixit and others in the industry have posted memorable moments with the actor, as heartfelt expression of their ongoing adoration for King Khan.

Dixit took to Twitter to share a moment captured with the co-star on stage. She tweeted: “Whenever we meet, there’s masti, magic & loads of love. Here’s wishing you a very happy birthday @iamsrk. Stay safe & hope to see you soon.”

Chawla took to Twitter to share a gift in the actor’s name, tweeting: “I plant 500 trees for #ShahRukh on his birthday for #CauveryCalling From co-star, co-producer to co-owner ….dotted with much laughter and some tears, it’s been a long, colourful & eventful journey. Happy Birthday @iamsrk @ishafoundation”

I plant 500 trees for #ShahRukh on his birthday for #CauveryCalling
From co-star, co-producer to co-owner ….dotted with much laughter and some tears, it's been a long, colourful & eventful journey 🙏😇🌟🌸😅🤪 Happy Birthday @iamsrk@ishafoundation

Sony Music India took to Twitter to share a compilation of the actor’s best songs spanning decades. “From Rahul to Harry, SRK was, is and always will be the King of Romance. Wishing @iamsrk a very happy birthday!”

From Rahul to Harry, SRK was, is and always will be the King of Romance.
Wishing @iamsrk a very happy birthday!#HappyBirthdayShahRukhKhan #ShahRukhKhan pic.twitter.com/6AhKvtq00A

Finally, Kolkata Knight Riders posted a compilation of their stars such as captain Eoin Morgan, Andre Russell, Pat Cummins and Dinesh Karthik who delivered virtual Birthday wishes to their co-owner; while recalling their first meeting with the Bollywood superstar and demonstrated their favourite SRK move.

Karthik recollected a holiday in Bali where his ‘Tuk Tuk’ driver identified India with SRK Priety Zinta on their 2004 blockbuster Veer Zara. Andre Russell said he was pleasantly surprised by how humble and cool the Indian cinema icon was when they met for the first time.

Young India players, including Kuldeep Yadav and Shivam Mavi, also recalled their meetings with Khan while picking their favourite roles of the superstar actor.

Take a look at the video here:

Special wishes from the boys for our main Knight without whom the KKR family is incomplete! 💜🤗