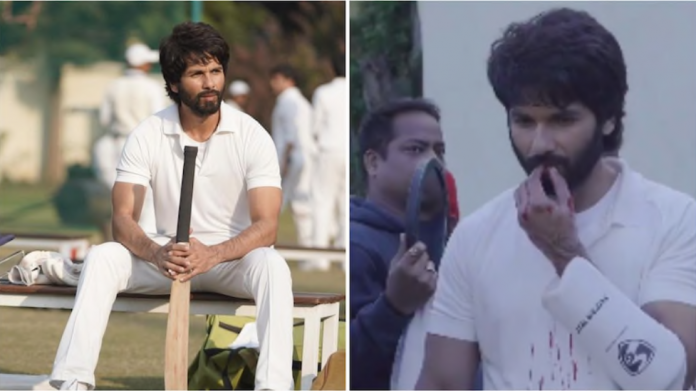 Gearing up for the release of the upcoming film, Jersey, directed by Gowtam Tinnanuri, the film stars Shahid Kapoor and Mrunal Thakur.

The fans are eagerly waiting to watch their favourite actor on screen after two-and-a-half-years. Jersey trailer showed how Shahid Kapoor’s character a cricketer chases his lost dream for his son. Shahid Kapoor had to undergo intense and rigorous training to get into the skin of his character in Jersey.

Shahid had come on social media to show his fans a new behind-the-scenes (BTS) video. In which we get to see him training hard for the film and the time he hurt his lips during the shoot and had to get 25 stitches.

The injury had put Shahid out of action for a few weeks. In the video, we see Shahid maintaining his calm and cleaning his wound and blood. Shahid Kapoor captioned his post, “This one has my BLOOD. #JerseyOfDreams (sic).”