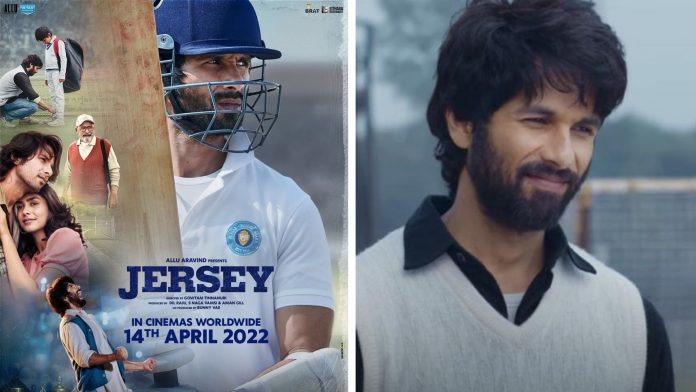 Shahid Kapoor is gearing up for his upcoming release Jersey, after the filmmakers released a second trailer for the sports drama.

The second official trailer shows Shahid Kapoor as Arjun Talwar – a nuanced man who goes from being a failed cricketer to a loving father. However, a request from his son sends him reeling back to the past and confronting the dreams that his father never pursued.

Taking to social media to share the latest trailer, Kapoor tweeted: “Experience his many emotions!” alongside a new artwork for Jersey.

Check out the second trailer for Jersey below:

In a description posted by Zee Music on YouTube, Jersey, which co-stars Mrunal Thakur and Pankaj Kapoor is a “heartwarming story […] that will make you embrace your dreams, hopes and family!!”

Jersey is directed by Gowtam Tinnanuri and is in cinemas worldwide on 14 April, 2022.