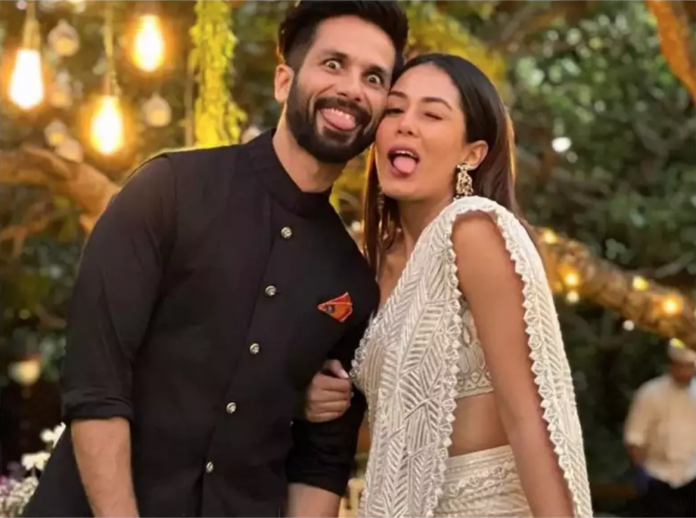 Shahid Kapoor took to his Instagram handle to share a fun BTS video with his wife Mira Rajput from a shoot and it is sure to leave you in splits.

In the video, Shahid is seen cracking up Mira with his funny accents and comments as he fans her and helps her get ready for her shoot. Dressed in a white kurta, the actor is seen looking dashing as ever. He captioned the video, ‘Partners-in-crime!’

Even their followers dropped heart emojis on the post. While one fan wrote, ‘Madam ka fan hum bhi’, another one added, ‘Hahaha cutiessss’.

Shahid and Mira are undoubtedly one of the most adored couples we have in Bollywood. The couple is also doting parents to their two kids – Misha and Zain. The duo is quite active on social media and is often seen sharing pictures and videos of themselves and their kids with their fans.

On the work front, Shahid will next be seen in Ali Abbas Zafar’s next. The actor will also make his digital debut with Raj and DK’s project.