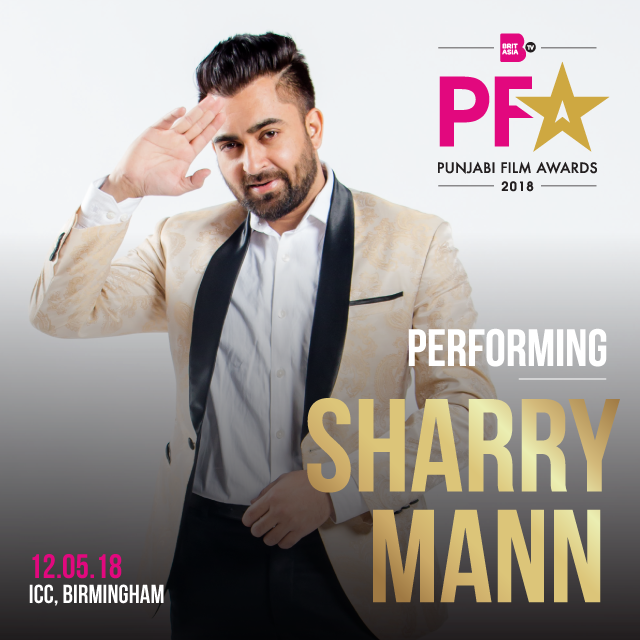 Sharry shot to fame when he released his single ‘Yaar Anmulle’, and since then his fan base has been growing around the world.

The singer/songwriter broke records in 2017, with his huge hits ‘Hostel’ and ‘3 Peg’, which has amassed over 400 million YouTube views and topped charts throughout the year.

His anthems have become party favourites around the world, with DJ’s spinning them on repeat.

Sharry will take to the stage at the first ever Punjabi Film Awards, taking place in the UK, to perform all his crowd favourites, on a night to celebrate Punjabi cinema.

A limited amount of tickets will go on sale to the public for an opportunity to see Sharry Man and Sunanda Sharma live, with even more acts to be announced soon.