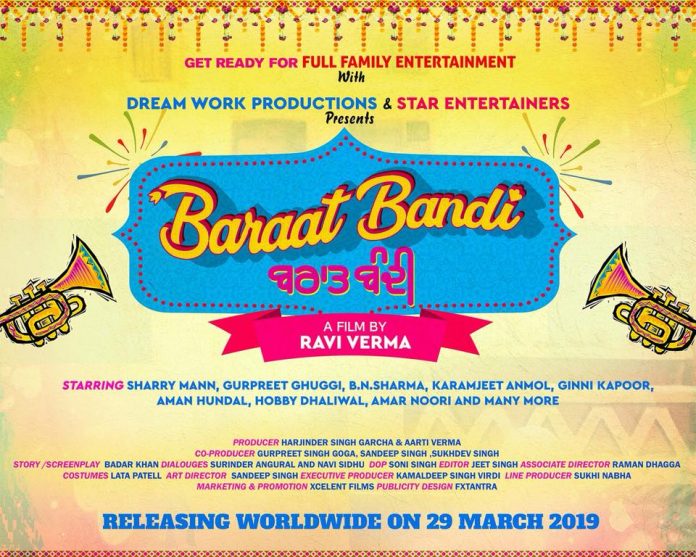 Sharry Maan has announced on his Instagram that he will be starring in a new Punjabi movie Baraat Bandi.

Maan, who made his debut in Pollywood in 2013 with ‘Oye Hoye Pyar Ho Gaya’ posted the following Instagram sharing the poster which looks to be a romantic comedy, considering the wedding vibe of the poster:

Karamjeet Anmol and Gurpreet Ghuggi will also be starring in Ravi Verma’s film so it’ll most likely have that comedic touch!

We’ll keep you updated with more info when the trailer is released: