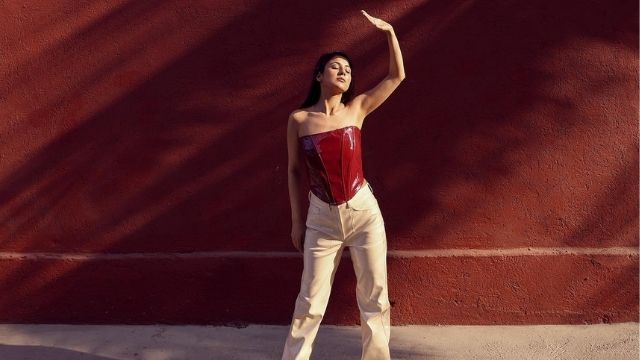 Shehnaaz Gill Latest Photoshoot: Be it the Iftar party or Salman Khan’s sister Arpita’s Eid party, Punjabi actress Shehnaaz Gill has been in the headlines for the past few days for her looks and simplicity.

While sharing the pictures, Shehnaaz wrote: “Today’s ray of sunshine is here.” To this, people called her “the real sunshine” and that she is “looking like a Hollywood”. Some users said, “The Girl is on Fire”.

In the pictures, Shehnaaz can be seen wearing a red off-shoulder top and white trousers. ‘Honsla Rakh’ actress is very active on social media and keeps creating a buzz with each and every post that she shares on her social media accounts.

Notably, Shehnaaz has over 11.4 million followers on her Instagram account and indeed a very strong fan base across the country. Indeed Shehnaazians love their angle.

Recently, a Punjabi actress was seen at Brahm Kumaris centre in Delhi where she fed peacock with her hands. Also, she spoke up about attachments during the event.

On the work front, Shehnaaz is reportedly going to maker debut with none other than Salman Khan in his upcoming film ‘Kabhi Eid Kabhi Diwali’.