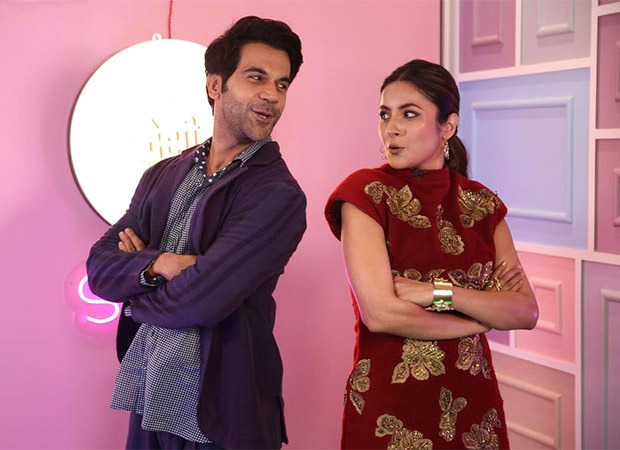 Punjabi actress Shehnaaz Gill, who is known for her jovial personality, is going to entertain her fans with her new show ‘Desi Vibes with Shehnaaz Gill’. Soon she will be seen on screen gossiping with big stars. While her admirers are eagerly waiting for the premiere of the chat show, the actress has dropped a special post on her social media handle featuring the first guest, actor Rajkummar Rao.

On Wednesday, the former Bigg Boss contestant shared a multiple-picture post, in which she can be seen having fun with Rajkummar Rao. While Rajkummar looked dapper in his purple attire, Shehnaaz raised the temperature in a red dress. In the photos, the duo can be seen enjoying each other’s company.

Captioning the post, Gill wrote a heartwarming note, which read, “Dreams do come true… and today was one such moment when what I manifested came true. I always wanted to work with the very talented actor Rajkumar Rao & today I shot with him as my guest on my first ever chat show – “Desi Vibes With Shehnaaz Gill” / I am on the moon literally!”

Gill also thanked Rao for “honouring” her request while giving a shout-out to his upcoming film Monica O My Darling in the conclusion. As soon as she shared the post, her fans flooded the comments section with wishes and various emoticons, especially red-heart and fire. “Your hard work and perseverance have paid off. Congratulations,” wrote a user, while another commented, “Desi vibe will be blockbuster.”

Talking about Monica O My Darling, the Rajkummar Rao starrer will be streaming on Netflix from November 11. The forthcoming film will also star Huma Qureshi and Radhika Apte.