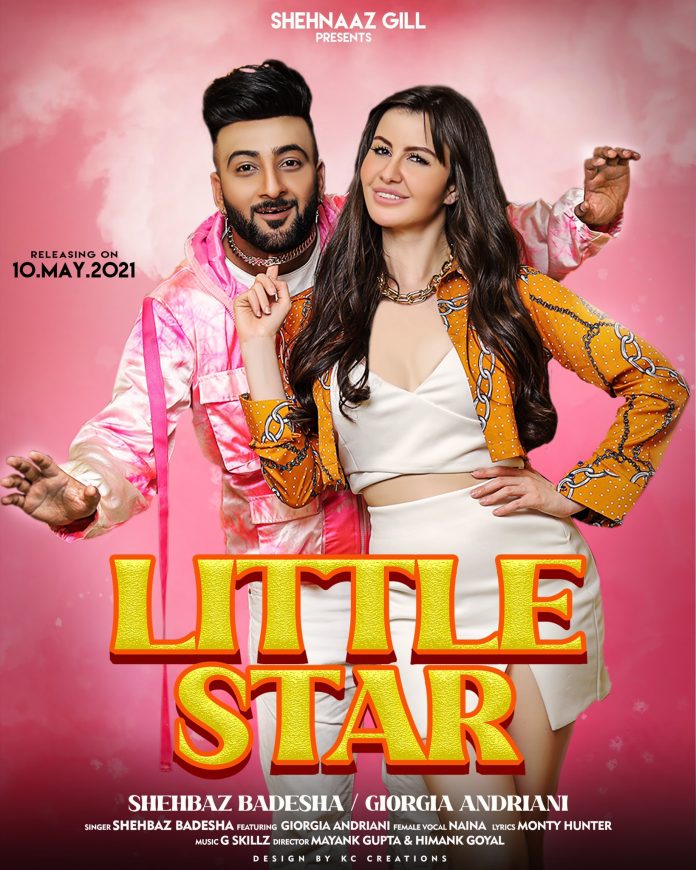 Shehnaaz Gill has teased the poster for an upcoming song she has produced titled Little Star, featuring Shehbaz Badesha and Giorgia Andriani.

Singer and actor Shehnaaz Gill has shared a first-look poster for Little Star, a song she has produced releasing on 10 May 2021.

The song features the vocal talents of Shehbaz Badesha and Giorgia Andriani with lyrics penned by Monty Hunter and music by G Skillz. The music video is directed by Mayank Gupta and Himank Goyal.

Taking to social media, the song’s producer, Gill shared a poster of the upcoming song with her fans and tagged those involved with the project.

The teaser for Little Star will also be released today on Gill’s YouTube channel, available to subscribe here: www.youtube.com/channel/UCjTXLT2vbLd9pmJT9_TXEtA.