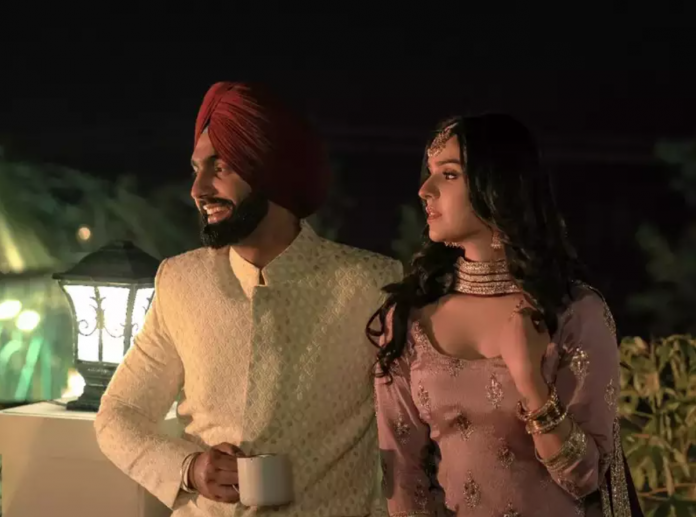 Audiences are loving the new pair of Sidhika Sharma and Ammy Virk in their new romantic track ‘Ennha Ankhiyan Ch Pawa Kive Kajra’ from their movie ‘Oye Makhna’. Talking about the same song in an exclusive conversation with ETimes, Sidhika said, “One of the most popular songs from the film, ‘Innha Ankhiyan Ch Pawa Kive Kajra’, is played at a moment that is very vital to the plot.”

“The song is utterly calming with its uncomplicated melodies, serene lyrics, and love storyline. Everyone has always wanted to record love songs with their significant other under the stars, and this movie and this song have made that dream a reality. The song is a perfect mash-up of musical emotions; at one point, it could make you laugh, and at another, it might make you cry. Working with Ammy has been a great pleasure and a source of support,” quoted the actress.

She ended the conversation by saying, “go see the movie and shower you love as people are really adoring our new duo and especially our song.”

‘Oye Makhna’ is a romantic comedy movie that made it to the theaters on November 4. It stars Ammy Virk, Tania, and Sidhika Sharma in the lead. Directed by Simerjit Singh, the movie has been written by Rakesh Dhawan and bankrolled by Vikram Mehra, Siddharth Anand Kumar, Simerjit Singh, Ammy Virk.