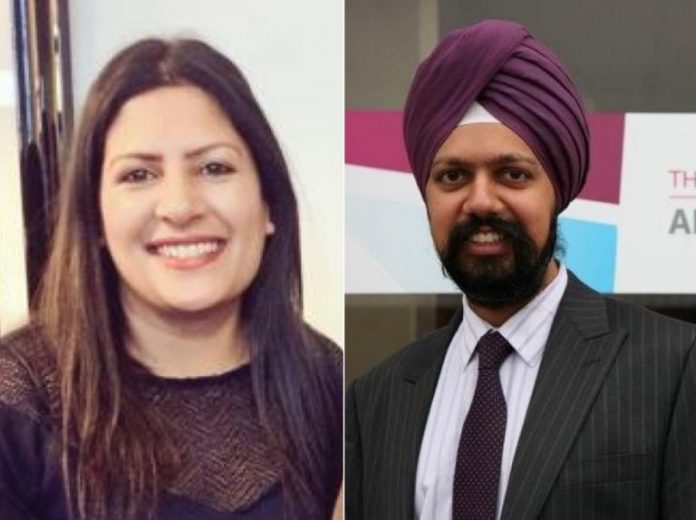 BritAsia TV is proud to announce that two members of the Sikh community have made history by being elected as MPs in the 2017 General Election. Preet Kaur Gill won a seat for Edgbaston and Tanmanjeet Singh Dhesi has been elected for Slough.

Preet Kaur Gill is the first female Sikh woman to become an MP and will represent Edgbaston. Gill grew up in the area and her father was a bus driver within the constituency.

Gill, who won her seat with 24,124 votes and with a nearly 7000 strong majority, said: “I am delighted I have been given the opportunity to become the next MP for Edgbaston where I was born and raised. I want to engage with the people of Edgbaston and with hard work, passion and determination I think we can achieve great things together.”

She added, “I would like to thank all of the voters from Edgbaston, Harborne, Quinton, and Bartley Green who have helped made history today by electing the first British Lady Sikh MP.”

Gill’s brother, CEO of Brit Asia TV, Tony Shergill added: “This is a fantastic result for Preet and we are all very proud of her. Our father, Daljit Singh Shergill, the former Chairman of, Guru Nanak Gurdwara Smethwick, would have been a proud man knowing his daughter has made history today.”

Tanmanjeet Singh Dhesi, known as Tan, also won his Slough seat with a huge 34,170 votes, to become Labour’s first turban-wearing MP defeating Mark Vivis from the Conservative party. Dhesi, also has connections to Brit Asia as he is the brother-in-law of CEO Tony Shergill.

Tan celebrated his win by visiting the Slough Gurdwara (Sikh temple) to seek blessings and said in a speech after the win: “Slough is where it all began for me, a town where I was born and raised.” He added it was a historic moment for Slough, and he was “humbled and honoured” to be elected MP of the town many years later.

There are almost one million Sikhs living in the UK, and the election success of two Sikh MPs will undoubtedly boost the representation of Sikhs in politics, both in local and central government.

The Sikh Network, of which Gill is a board member, published the Sikh Manisfesto in 2015 which demands: “More Sikhs, especially visible Sikh men and Sikh women, should be encouraged to enter politics and barriers removed that prevent them from getting elected.”

BritAsia is committed to representing and highlighting the achievements of the British Asian community. Whether that be through art, sport, politics, music or discussion, the channel has offered a platform for over a decade to showcase the success and the skills of individuals with Asian heritage.