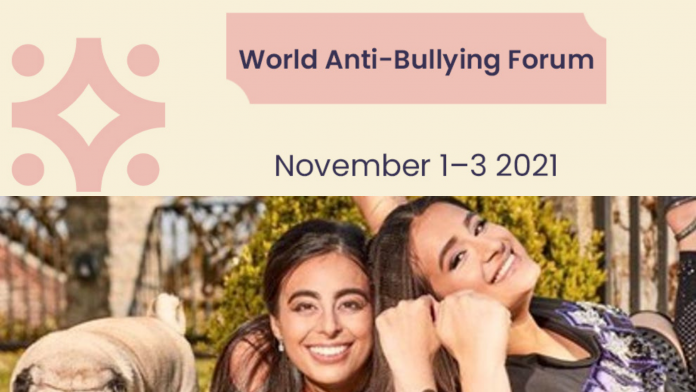 Ridi Oswal will become the youngest-ever participant to speak at the World’s Anti-Bullying Forum 2021 in Stockholm on Monday.

The singer-songwriter and anti-bullying campaigner has urged social media platforms to take more action on cyberbullying.

She will speak at WABF 2021 alongside her sister, Vasundhara on Monday to help empower young people to open up about cyber-bullying amid growing concern over the insidious effect of social media on teenage mental health.

The 17-year-old, who is of Indian heritage said her own experiences of bullying in her early teen years had motivated her to manifest the ‘Stop The B’ organisation – the world’s first youth-led anti-bullying platform.

According to the Evening Standard, she will address a crowd of politicians, scientists and policymakers to tell them social media giants must implement changes on their platforms to safeguard teenage mental health.

Ahead of the conference, she spoke to the outlet about the experience of dealing with verbal abuse and bullying while at school – which left her feeling “completely helpless”.

“The attacks came in many forms, from name calling or racist abuse to social exclusion and public humiliation, it was relentless,” she said.

Despite transferring to a different school, Ridi revealed the bullying persisted.

“Before I had even left my old school, other students were circulating rumours about me to the students at my new school and saying nasty things.”

In 2020, the ‘StopTheB’ Instagram account was set up by Ridi and Vasundhara and has since accumulated over 25,000 followers.

Ridi and Vasundhara hope to eventually turn StopTheB account into an NGO which will offer professional help to young people affected by cyberbullying. “We want to show people that things can change,” says Ridi.

Together with running the anti-bullying platform, Ridi is also committed to her musical ambitions — demonstrated by the recent release her first single Top Guy. Meanwhile, Vasundhara is the Finance Director of the largest industrial ethanol plant in Africa.