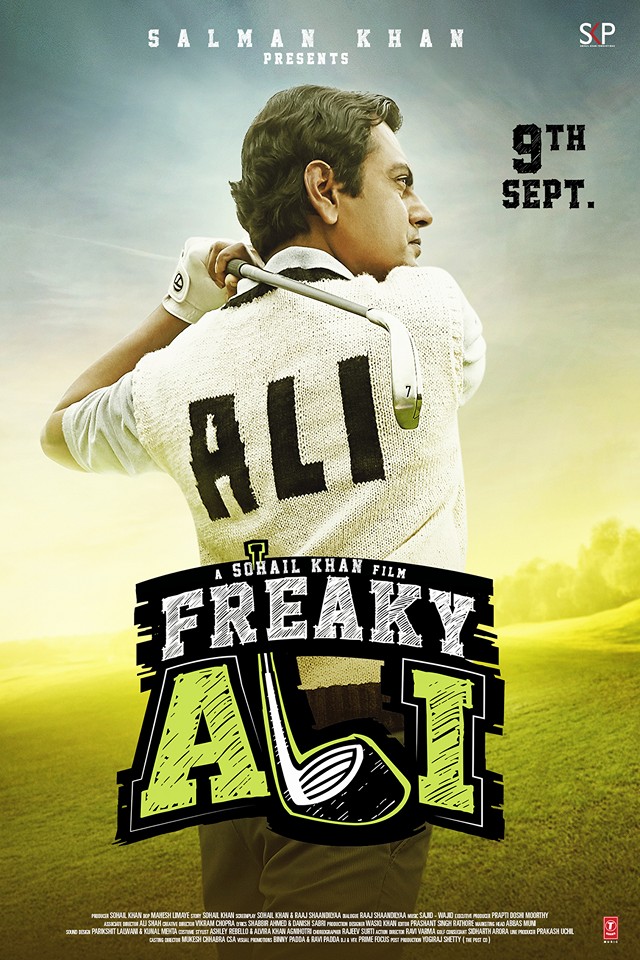 Ahead of the release of the film ‘Freaky Ali’, Bollywood film actor, director and producer Sohail Khan is all praises for actor Nawazuddin Siddiqui, by admitting that he cannot see Freaky Ali “working without him”.

“Nawazuddin Siddiqui agreeing to take up Freaky Ali was the reason why the film was made”, director Sohail Khan has said, further adding that he needed “Nawaz’s sensibility” for the film.

“People think it’s an elitist game meant for the rich and the privileged. My basic premise for the film was what if someone from the lower strata of the society, in this case an undergarment seller from small town, gets thrown into the vast elitist green acres of golf? What if this simpleton doesn’t know of the existence of the expert golfer within him? That’s how this film started,” Sohail said.

And this where writer Raaj Shaandilya came to help Sohail co-write the script. “I’ve known him from the time he was working on Comedy Circus. I was a judge on the show. I needed his sensibility in Freaky Ali,” he added.

Nawazuddin, admits Sohail, has become a part of the Khan family. “It’s really very simple in our family. If you love us, we love you back. If you are hostile towards us, then that’s what you get from the family.”

Freaky Ali is a rags-to-riches story of a small time goon who goes on to become a golfing sensation. In the trailer of the film, Nawazuddin is seen talking about the price and sizes of undergarments. Written, directed and produced by Sohail Khan, the film also stars Amy Jackson, Arbaaz Khan, Nikiten Dheer and Jas Arora.

Freaky Ali is set to arrive in cinemas on 9th September 2016. Be sure to check it out and stay tuned to BritAsiaTV for more updates!