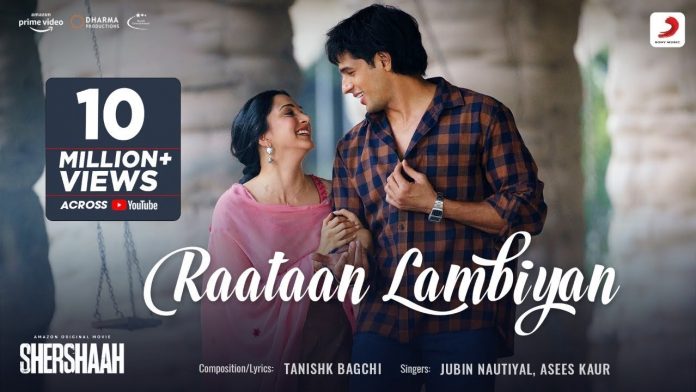 Released by Sony Music India, the song is performed by Jubin Nautiyal and Asees Kaur, with music and lyrics by Tanishk Bagchi.

“The days are long, the nights even longer – especially when one is without their beloved lover. Have you ever felt this way? Listen to our latest track, Raataan Lambiyan, as the talented Tanishk Bagchi puts that indescribable feeling into words. The song is sung by the talented Jubin Nautiyal and Asees Kaur, and vows to make you miss the person you’re waiting for even harder!”

Shershaah is a Dharma Productions & Kaash Entertainment film – starring Sidharth Malhotra and Kiara Advani, and is directed by Vishnu Varadhan.

The film will premier on 12th August, 2021 only on Amazon Prime Video.