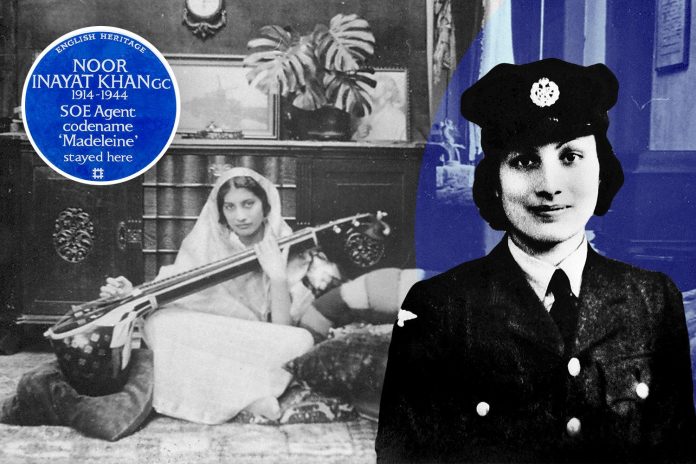 The upcoming TV series, Spy Princess: The Life of Noor Inayat Khan, is based on the book of the same name — which chronicles the life of the SOE British secret agent during World War 2.

The story of the descendant of an Indian Prince Tipu Sultan, the Tiger of Mysore, who was assassinated serving as a British secret agent fighting with the French resistance in WW2, is to be adapted for TV.

Noor Inayat Khan, who was captured by the Gestapo and executed in Dachau concentration camp, will be portrayed by Freida Pinto, star of Slumdog Millionaire.

The series, Spy Princess, is described as an emotional thriller and will will be directed by Anand Tucker and produced by Andy Paterson, known for the films Girl with a Pearl Earring and Hilary and Jackie.The project is also being produced by Claire Ingham, founder of Red Room Films, who initiated the project.

Pinto, who is also executive producer of the series, described Khan as “a fierce and amazing woman, the most unlikely heroine of the second world war”.

In an article published by the Guardian, Pinto said that as a wireless operator in occupied France Khan had a life expectancy of just six weeks. “Sending women to the frontline is controversial even now … Sending a Sufi mystic, who won’t use a gun, daughter of a long-haired Indian guru who preaches love and peace – ridiculous! But Noor thrives, not in spite of her differences, but because of them. Her struggle to reconcile her values with the desire to find her own path and with her complex sense of duty is something I am so excited to explore.”

Paterson said: “It’s fabulous, in terms of diversity, to find proper, wonderful stories that take you there without contrivance. She was an amazing character. I can’t believe her story’s never been told by film-makers.”The series, written by Olivia Hetreed which is based on the book written by author Shrabani Basu, is also consultant to the series.

Hetreed said: “At a time when conflicts about race, identity and patriotism have a new and frightening energy, Noor’s character and her nail-biting story of hair’s-breadth escapes and life and death choices offer us the picture of a heroine who defies every prejudice and stereotype.”

Pinto added: “Noor has a quiet strength that she’s not entirely aware of. Alone in Paris, she lives and loves more intensely in a few months than most of us do in a lifetime, helping establish the ‘secret armies’ of the resistance who will rise up on D-day, astonishing the men who said she should never have been sent to the frontline.”

Tucker said: “Olivia has created a spy thriller, a love story and a search for identity, the true story of a remarkable and complex woman doing the most dangerous job imaginable. Our series challenges ideas of heroism and the portrayal of Asian women on screen – often victims, sometimes terrorists – never the hero.”

The makers of the upcoming series are currently in discussion with potential broadcasters.