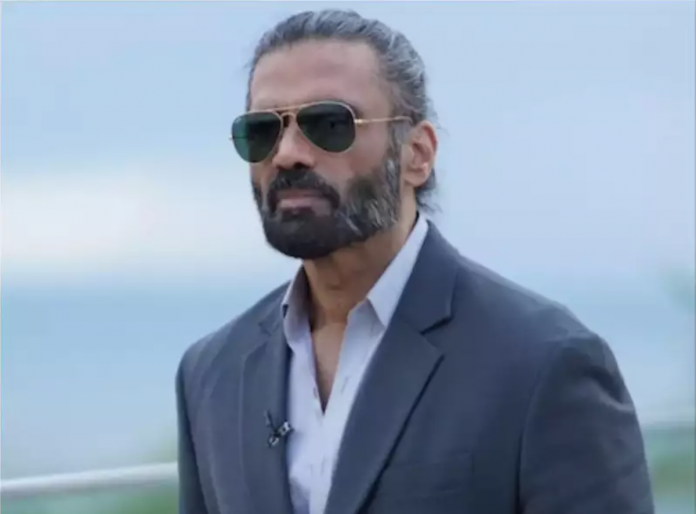 It’s not often that you come across a Bollywood star on a professional networking platform. And to join one such platform and achieve unprecedented number of followers and engagement within a matter of days is surprising to say the least. Actor Suniel Shetty joined LinkedIn last week and has earned himself over 1.5 lakh followers within a matter of days. Speaking to ETimes, the actor-entrepreneur says he was overwhelmed by the kind of response he received with his very first post.

“It’s very encouraging when it comes to wanting to make a difference. And I genuinely want to make a difference, even if it’s about health, or state of mind, or family – anything that I could share that could make a difference to someone’s life. Because I honestly believe when it comes to family, I try to bridge that gap and try to balance everything in my life. I was a part of the industry but still not a part of the industry. Yes, if you chose to work 30 hours a day in the film industry it would still not be enough. So I chose to work just enough, met beautiful people, kept away from controversies, not that I am a saint, but intentionally understood the difference between good and bad,” he says.

Shetty, who is associated with ‘Horses Stable’ – a reality show that focuses on nurturing young entrepreneurs and empowering budding startups, believes it’s a great phase to join the platform. “Actors today are also entrepreneurs. There is so much to learn from the younger lot, involve with startups, in the sense other than producing a show for startups. I believe it is one place where one can learn a lot and also share your experience,” he says.

Did he anticipate such an overwhelming response on a professional network? “Somewhere down the line you realise how much reputation means, how much conducting yourself in a professional manner means, be it any industry,” he says. “If you do conduct yourself right, follow rules, and listen, it makes a hell of a lot of difference. And I think that’s where for me, this connect came because I believe I have been very honest with my profession. Be it success or failure, I have shared it all. If I failed, I was the reason behind my failure, I have made mistakes and owned up to them. That’s why I felt there was a connect and I am glad because it gives me confidence to do so much more, whether it’s my health and fitness or anything else. I turn 61 tomorrow, but I train as I had as a 21-year-old. Probably, people see and realise that a lot of seniors have kind of sat back and given up and this old man continues to work. I think that just clicked with people. I never dreamt of having over 1.5 lakh followers or an engagement of millions. There are good words and everybody wishing you well which means there are good people and good places to be and I think LinkedIn is one such place.”