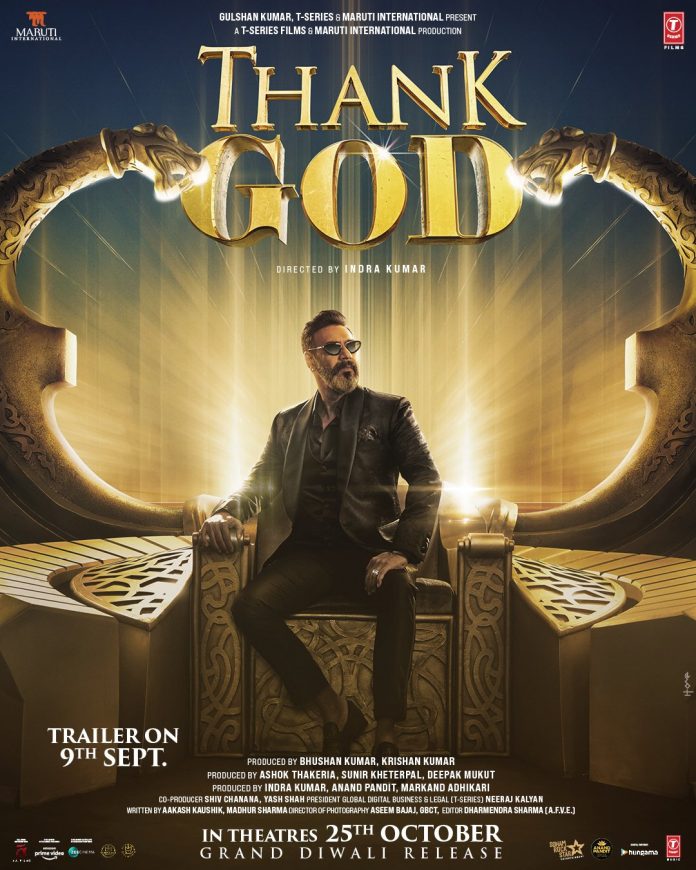 The Supreme Court turned down a request for an immediate hearing on Wednesday on a motion to halt the release of Ajay Devgn-starring film ‘Thank God’ on October 25th due to alleged disparaging remarks about God Chitragupta.

On November 1, a panel made up of Chief Justice Uday Umesh Lalit and Justice Bela M. Trivedi will hear the God Chitragupta Welfare Trust’s appeal.

The petition asks not only for a delay in the film’s release but also for its trailers and posters to be taken down from electronic and social media sites like ‘Youtube’ as it allegedly contained “derogatory expressions, acts, statements, dialogues and insulting images, videos in and around the character of God Chitragupta”.

if the plea is heard after the release of the film on October 25th, according to the petitioner’s attorney who was present, it will become infructuous.

“It can be heard later,” the Panel said.

Devgn plays ‘God Chitragupta’, who is venerated by Hindus and for whom people belonging to the ‘Kayastha’ caste have great reverence.

“The religious sentiments of the Petitioner, including other Kayastha people in the country is being harmed/injured and fundamental right is infringed and violated by the Respondents by making and releasing the said movie,” the plea said.

The petitioner trust has made Central Board of Film Certification, Indra Kumar, the director of the movie, producer Bhushan Kumar and Devgn as parties.