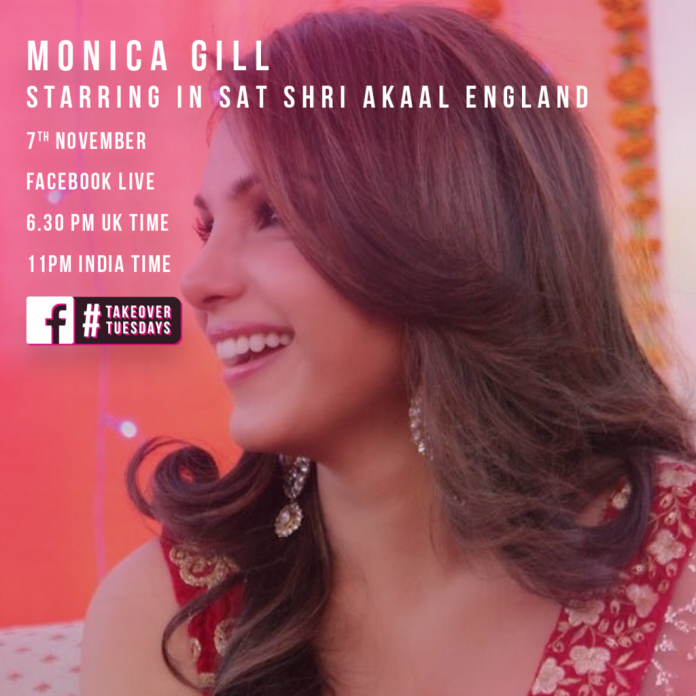 The actress spoke about her latest movie, also starring Ammy Virk, and spoke about what it was like working with the singer/actor. She also spoke about her upcoming plans for the future, and when she is likely to return to the UK.

For those of you who missed the LIVE takeover with Monica Gill, you can catch it below.

Check out the trailer for the Sat Shri Akkal England below, that is set to be released worldwide November 17th 2017.