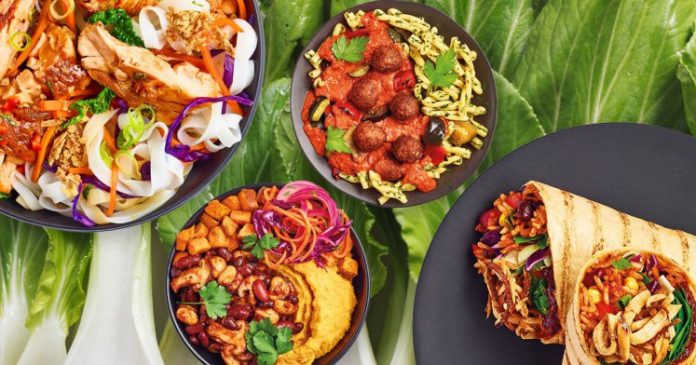 2017 saw the rise of veganism, and food outlets such as Pret, wamagama, and many more have started to offer vegetarian and vegan menus.

Tesco have jumped on the Vegan band wagon and are now offering a brand-new plant-based range, Wicked Kitchen.

Derek Sarno, the chef who created the range, said he wants to ‘bring the plant-based market from niche to mainstream.’

The range features vegan sandwiches, wraps, ready meals, salads and pizza, that is sure to be life changing.

The range is also heavily influenced by Indian cuisine, with meals such as Sweet Potato Pakora Wrap, Rainbow Curry Bowl, Curried Cauliflower onion bhaji and coconut rice, and many more.

Check out more of the vegan range below and in your local Tesco!

And this one is gluten free!

Pulled king Eryngii mushrooms roasted in a blend of Mexican-inspired spices and jalapeños.

Crunchy masala marinated cauliflower and chickpeas on a bed of coconut rice.