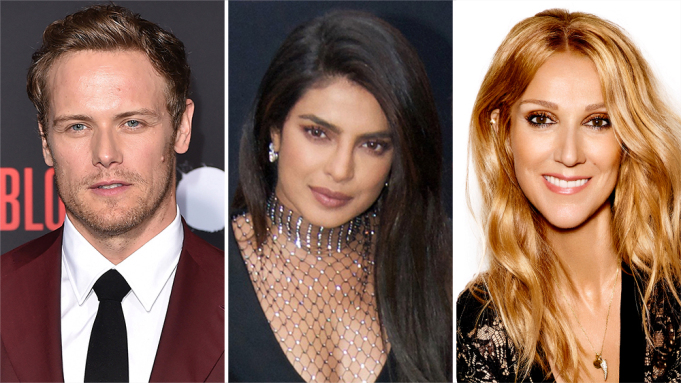 Priyanka Chopra Jonas has confirmed her next Hollywood project with co-star Sam Heughan. Celine Dion will also appear in the cast — her music integral to the story.

Priyanka Chopra Jonas (Quantico) and Sam Heughan (Outlander) will star in the Screen Gems romantic drama, provisionally titled Text For You, with music legend and five-time Grammy Award winner Celine Dion also featuring. The film will be directed by Jim Strouse (Grace Is Gone) from a screenplay he wrote with Lauryn Kahn.

The Bollywood-Hollywood superstar shared the news on her Instagram platform yesterday with a snapshot from Deadline who broke the exclusive. Check out her post here.

Deadline also took to Twitter to reveal the news yesterday:

are set to star in the Screen Gems romantic drama, tentatively titled #TextForYou

Deadline says the film is inspired by the 2016 German-language box office hit SMS Fur Dich, which is based on Sofie Cramer’s popular novel.

“It’s about a woman who, to ease the pain after tragically losing her fiancé, starts to send romantic texts to his old cell. It turns out, the phone number has been reassigned to a man across town suffering from similar heartbreak. The two meet and feel an undeniable connection, but can’t seem to leave the past behind. In this English language remake, the music and influence of Dion gives them the courage to take a chance on love again.”

Chopra Jonas’ upcoming slate includes The Matrix 4, Russo Brother’s Citadel, Netflix’s adaptation of the Man Booker Prize-winning novel The White Tiger, and We Can Be Heroes, directed by Robert Rodriguez.