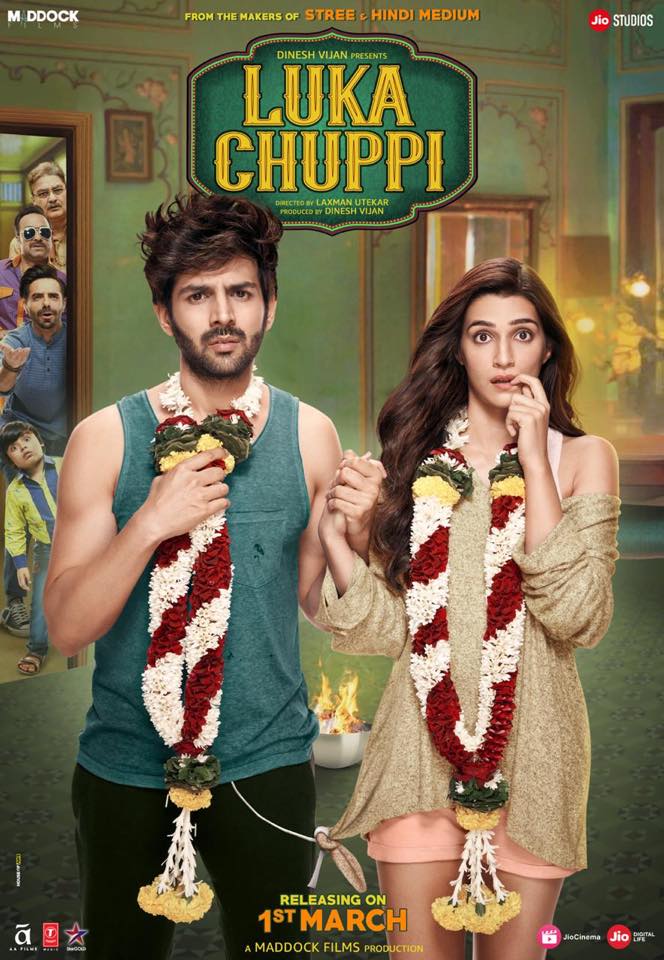 The Laxman Utekar directorial will be releasing on the 1st March 2019, and from the trailer it appears to be a lively and slightly off-beat Bollywood romantic comedy.

Both actors have performed well in this genre previously, with Kartik Aaryan having made a name for himself in the ‘Pyaar Ka Punchnama’ franchise and the 2018 hit, ‘Soni Ki Tu Sweety’.

While Kriti Sanon was noted for her performance in ‘Bareilly Ki Barfi’ (2017) where she starred opposite Ayushmann Khurrana.

With Anushka and Virat’s wedding, Deepika and Ranveer’s in addition to Nick and Priyanka’s – it seems as good a time as any to take the plunge.

He approaches Rashmi (Kriti Sanon) to propose, who immediately rebuffs this proposal and instead delivers a counter-offer to live-in rather than jump straight to marriage.

Asian communities have largely retained a conservative attitude towards romantic relationships, that exist outside the realms of marriage. Meaning this couple are likely to face many issues along the way.

The couple appear to decide to lie about their marital status, feigning that they are married in order to live together without issues.

However, news travels fast and their families soon learn of their apparent nuptials, thus increasing the stress and strain on the couple.

The trailer is full of punchy one liners; the comedic timing as well as the chemistry of this on-screen duo is quite impressive. This is the first time Sanon and Aaryan have been paired together on-screen.

Bollywood of late has attempted to tackle social stigmas through comedy and for films like ‘Badhaai Ho’ (2018) this formula works well with audiences.

While ‘Badhaai Ho’ (2018) tackled the issue of social stigma surrounding sex and sexuality in mature adults.

‘Luka Chuppi’ is tackling the idea of pre-marital relationships, while it is fairly common now to date before marriage. Living together is still considered a promiscuous concept.

It will be interesting to see how ‘Luka Chuppi’ fairs with audiences, whether it will be able to replicate the roaring success of ‘Badhaai Ho’ (2018) and if it will strike a chord with viewers.