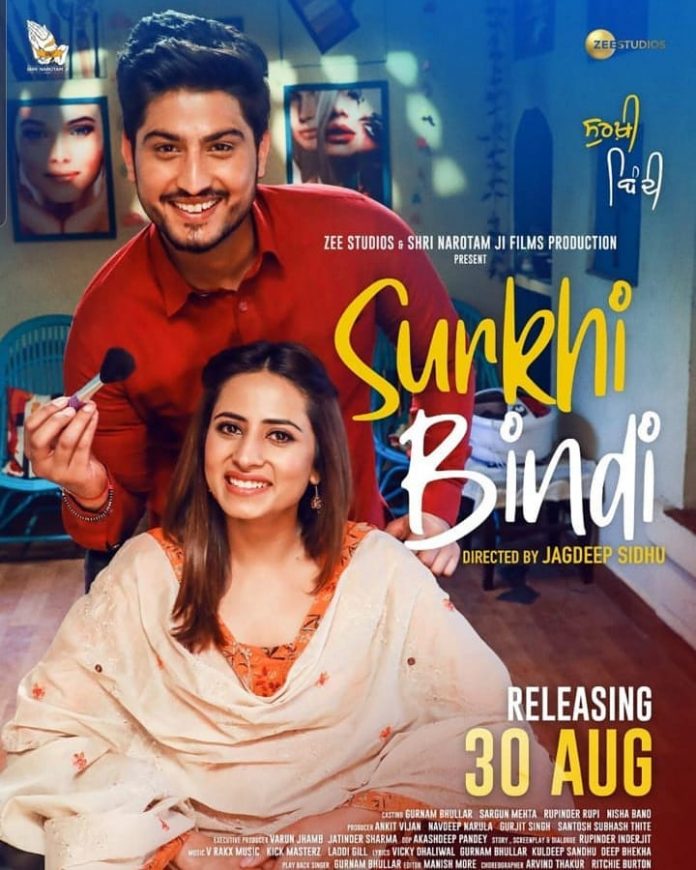 The makers behind the upcoming Punjabi movie ‘Surkhi Bindi’ have released the official first look poster.

We have seen a string of Punjabi films released this year, with an array of fresh new faces, new jodi’s and experimental scripts. Now, another one to join the movie list is ‘Surkhi Bindi’, which will star Gurnam Bhullar and Sargun Mehta.

The leading stars shared the official first look poster on their social channels.

The quirky poster has both Gurnam and Sargun featuring on it. We see Gurnam posing with as a make up artist, while Sargun sits on the makeup chair.

Speaking about the flick, Sargun said: “This film is the story of a girl who has very high aspirations and wants to fulfill her dreams. I could relate to that character a lot. I am very happy that Pollywood is also coming up with such concepts and I am being offered such character

I just hope people will love the concept and shower their blessings. And I am so excited to associate with Zee Studios & the producer-director duo a second time after our previous hit films together.”

The romantic comedy is set to hit cinemas 30th August 2019.