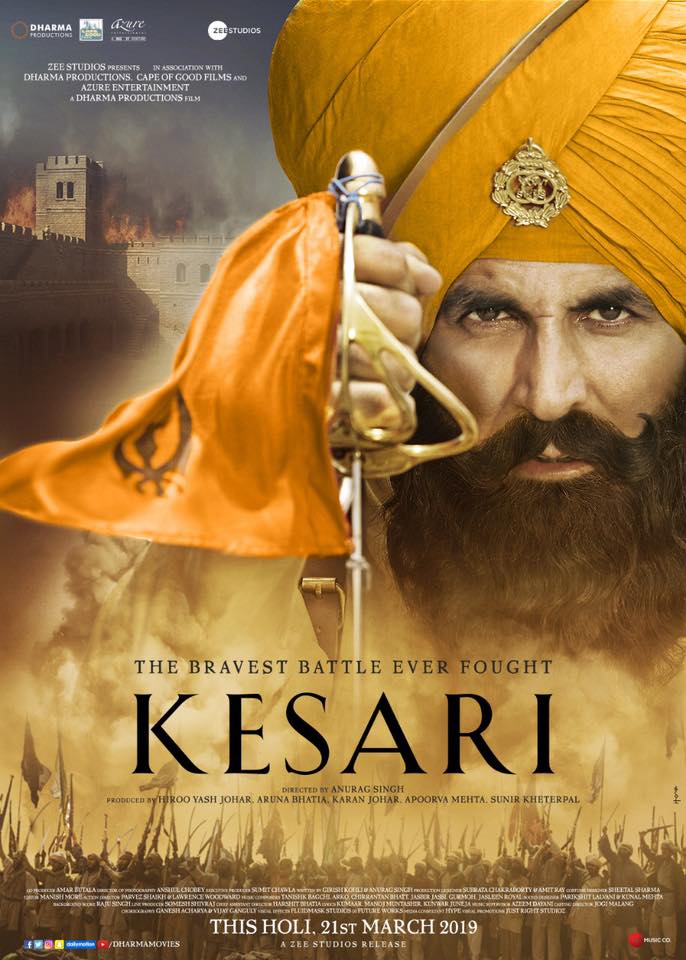 The makers behind the upcoming Bollywood movie ‘Kesari’ have released the trailer for the flick.

‘Kesari’ is an historic true story that is based on the Battle of Saragarhi, 1897. The battle involved 21 brave Sikh soldiers and their battle against 10,000 Afghan invaders.

After sharing many glimpses from one of the most anticipated movies of the year, the filmmakers released the trailer to an overwhelming response. Bollywood shared its praise and love for the magnificent trailer and for the leading actor Akshay Kumar.

What a trailer !!! Emotionally uplifting, rooted in Indian culture, full on action mode for @akshaykumar sir after a while… can’t wait for this holi to be #kesari al the best @ParineetiChopra @karanjohar @amarbutala @SunirKheterpal & the leader of the team #anuragsingh !!! https://t.co/m2jwDqFsm8

This is not Inspired from true story, this is True story 🙏 https://t.co/LRF76AkcB4#kesari what a beautiful trailer 🙏
Good luck to sir @akshaykumar @ParineetiChopra @karanjohar and team 🙏
Can’t wait to watch

The trailer is packed with action, drama and gripping scenes, which gives us more details into what we can expect from the flick. We see the Sikh soldiers draped in ‘Kesari’ and fight like lions against the invaders.

Lead actor Akshay Kumar is transformed into a Sikh warrior and from what we have seen so far, it is set to be a real gripping movie. The movie also stars Bollywood actress Parineeti Chopra who plays a lead role in the flick.

The Battle of Saragarhi took place on 12th September 1897. 21 Sikh soldiers, who were part of the British Indian army, were ordered to protect the forts of Lockhart and Gulistan, which bordered Afghanistan. 10,000 Afghan tribal warriors attacked the fort, but the 21 brave soldiers put their lives on the line to protect the country from their enemy.

‘Kesari’ is set to hit cinemas on 21st March!