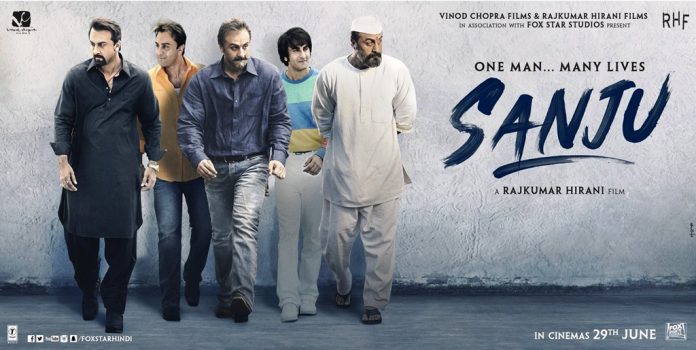 The makers of Bollywood film ‘Sanju’ starring Ranbir Kapoor has released a teaser from one of the most anticipated movies of the year, confirming the title of the movie and shows Ranbir playing the role of Sanjay Dutt.

The name of the movie came after it was revealed that Sanjay’s mother Late Nargis Dutt used to call Sanjay ‘Sanju’, and it was the perfect fit for the movie.

In the teaser, we see the different appearances of Sanjay Dutt from Rocky to Munna Bhair M.B.B.S. Ranbir plays the many faces very well, and some might even confuse the Bollywood star for Sanjay Dutt.

The teaser was launched with the tagline of ‘one man…many lives’ and trended all day on social network site ‘Twitter’, and the teaser has accumulated over 20 million views in a couple of days.

Ranbir Kapoor has been praised by many stars and critics for how he carries out his role in the movie, and it is set to be a big one.

Check out the teaser for ‘Sanju’ below.