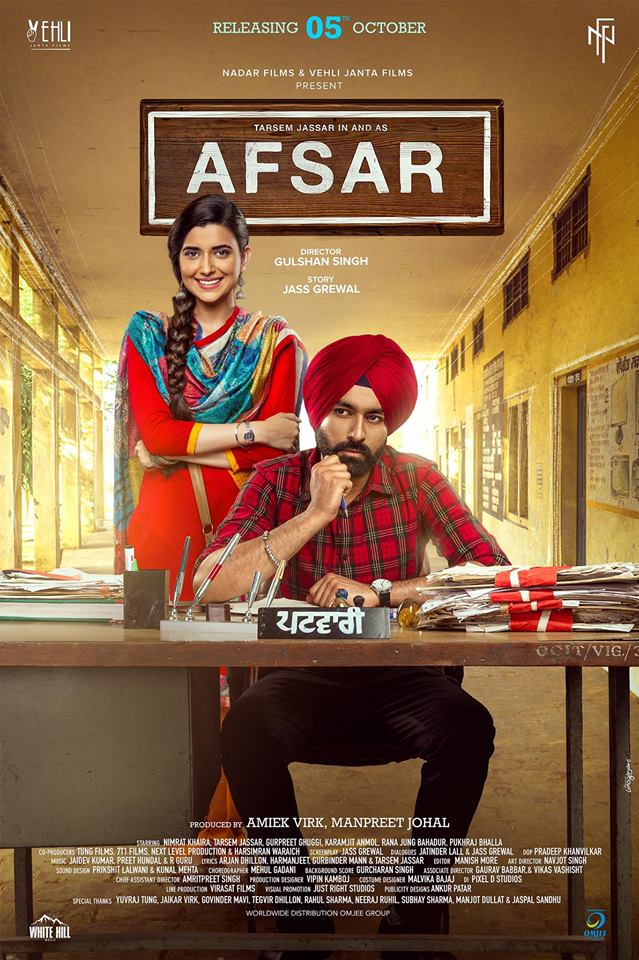 The makers behind the upcoming Punjabi movie ‘Afsar’ starring Nimrat Khaira and Tarsem Jassar have released the first poster for the movie.

This will be the actors first time working with each other, and makes a refreshing change to the Punjabi movie industry.

The duo both took to their social media accounts to share the poster, which revealed the release date of October 8th. The movie has been directed by Gulshan Singh, who will be making his directorial debut.

This will be Nimrat Khaira’s first movie where she will be playing the lead actor. We previously saw Nimrat in ‘Lahoriye’, which starred Sargun Mehta and Amrinder Gill. Tarsem Jassar will be returning to the big screen after appearing in movies such as ‘Rabb Da Radio’ and ‘Sardar Mohammad.