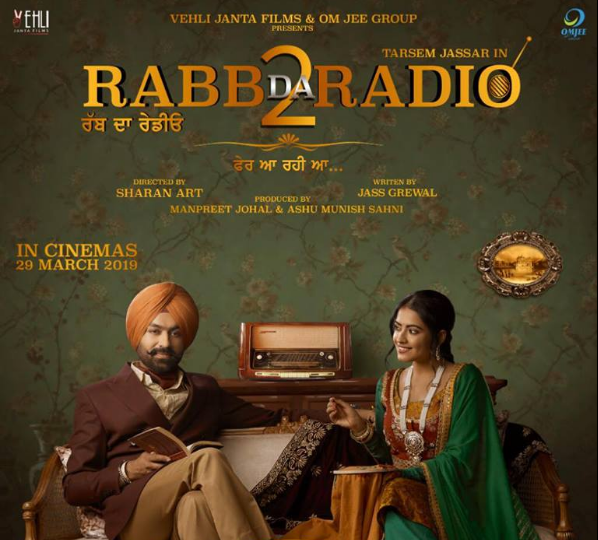 The makers behind the upcoming Punjabi movie ‘Rabb Da Radio 2’ have released an exclusive teaser from the flick.

After the huge success of ‘Rabb Da Radio’ (2017), Tarsem Jassar and Simi Chahal will be returning for the sequel of the flick.

The teaser was shared on YouTube earlier today, and has already become the most talked about subject amongst Punjabi movie fans.

In the teaser, we are given flashbacks from the first movie and then fast forwards into present day. We can gather that ‘Rabb Da Radio 2’ will pick up from where it was left in the first instalment. Fans will be treated to an in-depth look into characters Manjinder and Guddi’s marriage.

Speaking about the movie, Tarsem Jassar said: “Rabb Da Radio is very close to my heart. It introduced me as an actor. And we are blessed with the response from the audience.

So, ‘for Rabb Da Radio 2’ we have tried our best so that we can live up to the expectations of audiences. I just hope people will love my work as always.”