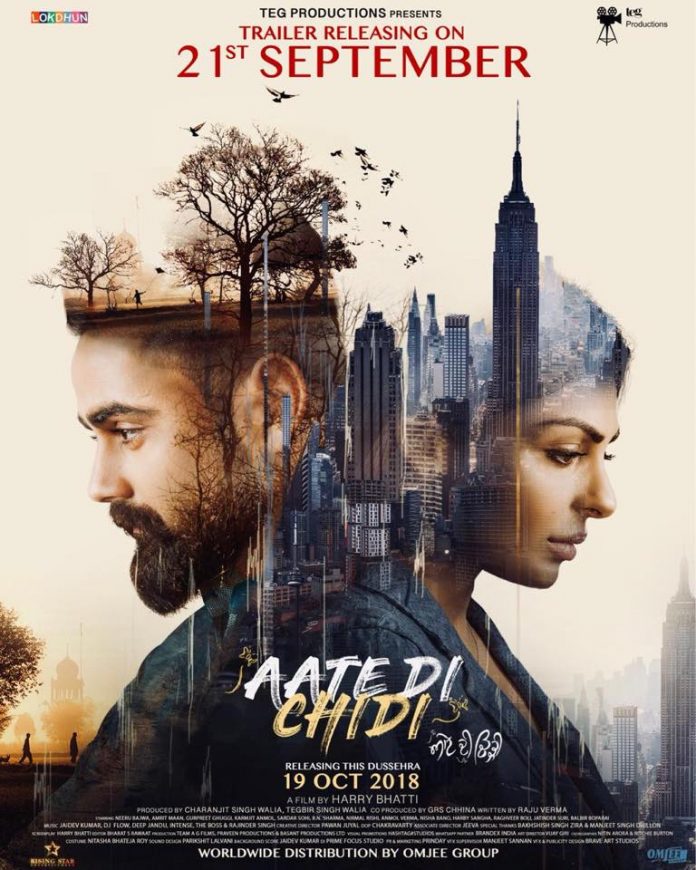 The makers of the upcoming movie ‘Aate di Chidi’ have released the trailer for the film and it looks to be one that will touch on social issues in a darkly comedic way.

The title of the film comes from the toy bird mothers used to make for children in Punjab from ‘aata’ or ‘dough’.

It’s the debut film of Amrit Maan as a lead actor where we will see him longing to return to Punjab, while his wife played by Neeru Bajwa wants to continue to build a life in Canada believing Punjab to have lost its romanticised glory. She strikes a deal with her father, agreeing to spend a month in Punjab. If she is right about the state of Punjab, they will all move back to Canada. But if the reverse is true, they will continue to live in Punjab, restoring its honour.

Despite this more intense element to the play, they seem to be interspersed with light-hearted moments where the typically humorous characters of Gurpreet Ghuggi and Karamjit Anmol will use their Punjabi wit to amuse the audience.

It looks like there will be laughs, tears and a lot of Bhangra so stay tuned to find out more about the film! It’s releasing on the 19th October 2018.