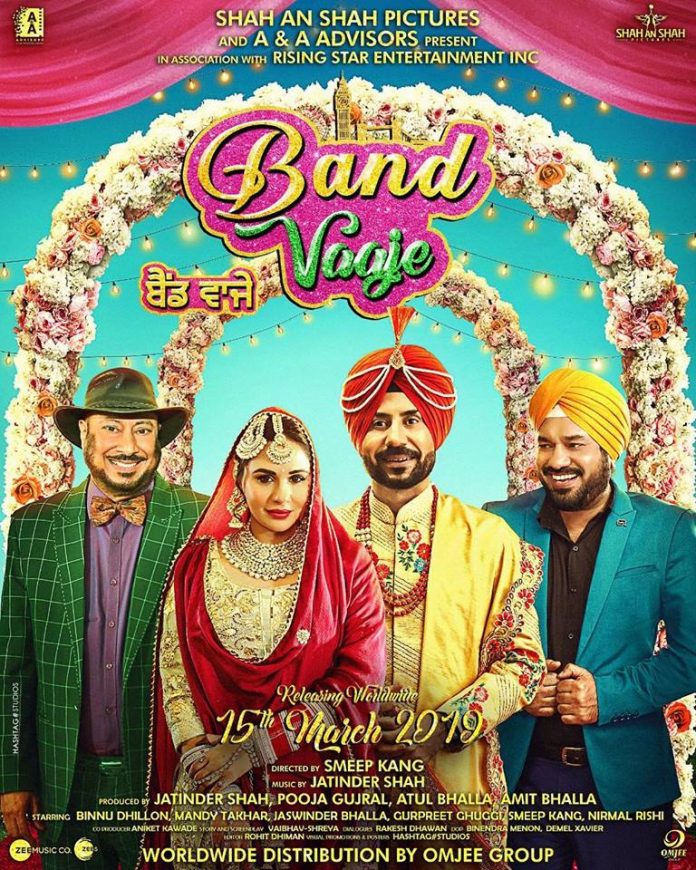 The makers behind the upcoming Punjabi movie ‘Band Vaaje’ have released the trailer starring Binnu Dhillon and Mandy Takhar.

The film stars Binnu Dhillon and Mandy Takhar in lead roles, and this will be the first time we see the stars working together. It’s another fresh pairing from Pollywood, which grows our excitement even more.

The three-minute trailer introduces us to the stellar cast which include Jaswinder Bhalla, Gurpeet Ghuggi, Nirmal Rishi and director Smeep Kang. The flick has been shot in England, and has been directed by the director of ‘Carry on Jatta’ – Smeep Kang.

From what we have seen so far in the trailer, we can expect a huge quirky wedding and will be providing audiences around the world with a lot of laughs.

We’re sure ‘Band Vaaje’ will be another hit when it is released on 15th March!