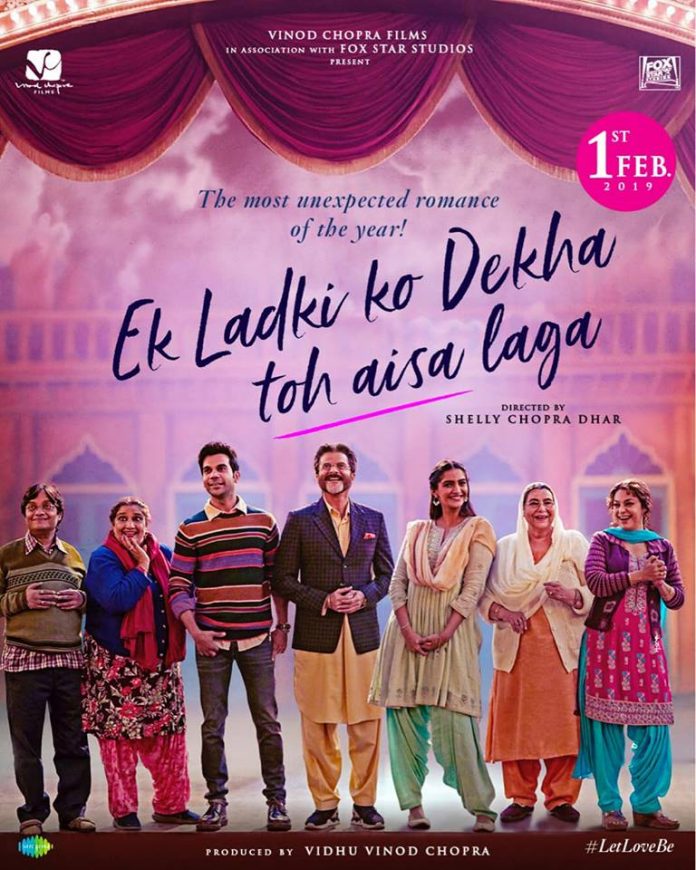 Hailed as the ‘most unexpected Romance of the year’, fans have eagerly been waiting for the trailer release since the movie poster was shared on Christmas Eve. The flick has a lot of firsts – such as Sonam Kapoor and Rajkumar working alongside one another, and real-life father daughter duo Anil Kapoor and Sonam Kapoor play on screen father and daughter for the first time.

The movie is set to be a defining moment for Indian cinemas as it highlights the LGBT community, and it is far from your typical Bollywood romance.

The trailer opens with any other typical love story, however as it progresses it takes us on a journey of other types of romances and touches about religion, caste, gender and sexual orientation. Firstly, we see Sonam Kapoor (as a child) dreaming about a fairy-tale love story and how she’ll fall in love and marry instantly. She grows older, her father Anil Kapoor and her family decide to find a match for her. The family find three suitors however Sonam rejects them all and revels a secret.

The storyline is full of pure emotion, and will have the audience hooked to both the script and the journey of the characters. We can also expect to hear some old classics in the movie, starting with the title track ‘Gud Naal Ishq Mitha’ which is a remake of Bally Sagoo’s 90’s classic.