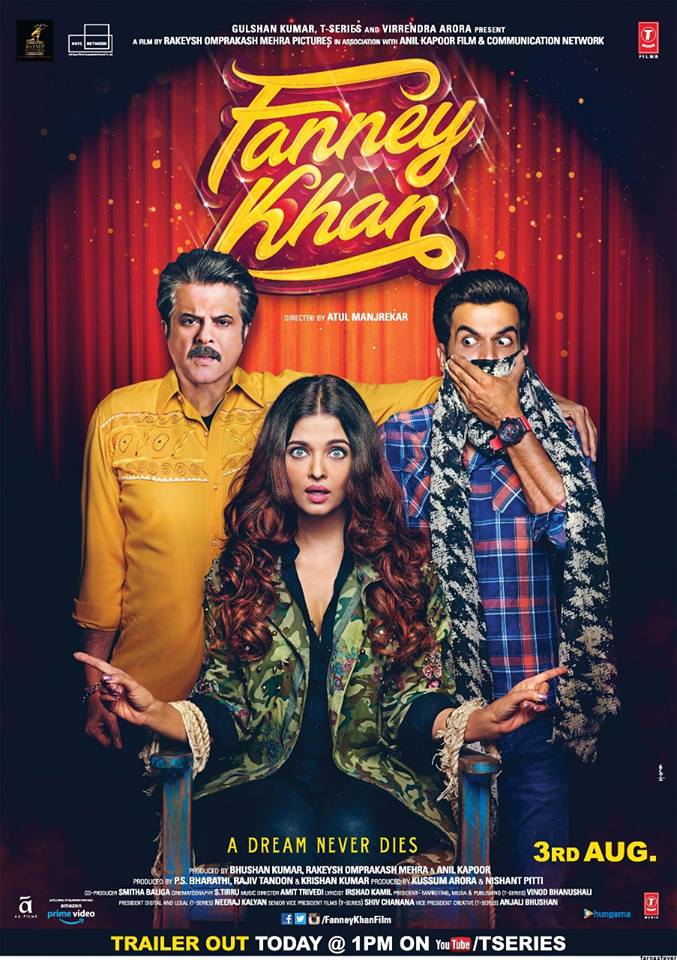 After teasing fans with posters, stills and teasers from the movie, the trailer for the highly anticipated movie has finally been dropped.

The trailer shows us Anil Kapoor playing a doting father, who is on a mission to fulfil his daughters wishes of becoming a singer. However, his daughter, Lata Sharma, fears she will never make it due to her being larger and not the stereotypical looking pop star. Her father comes up with a plan to help achieve Lata’s dreams, and along with Rajkummar Rao’s character support, they kidnap a famous pop star, played by Aishwarya Rai Bachchan, who then decides to help them out.

It’s another different storyline from Bollywood, which focuses on body image and fighting the norms. Bollywood has recently been releasing movies that are focused on social messages such as ‘Padman’ and ‘Toilet’, which concentrate on events that are actually happening in the world.

The movie looks like it is set to be a lot of laughs, emotion and sadness whilst we see a young girl trying to achieve her dreams to be a popstar.

The musical is set to be released in cinemas August 3rd. Catch the trailer for ‘Fanney Khan’ below, which has received a lot of love from the industry and has fans waiting for more.