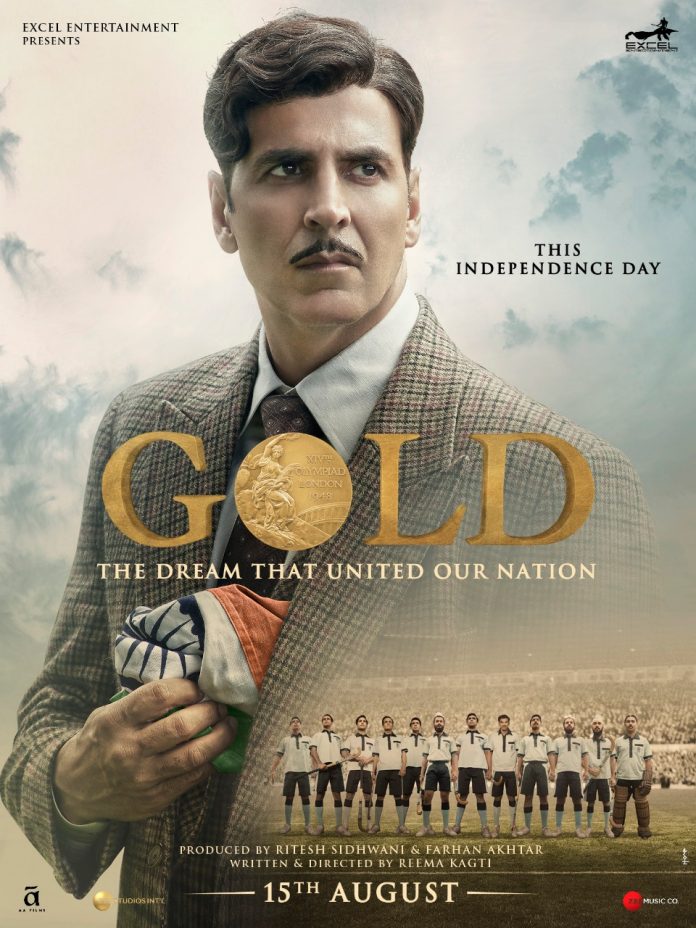 The makers of the movie have been releasing several movie posters and a teaser in the run up, which has made created a frenzy amongst fans across the world.

The upcoming movie is a combination of the national sport hockey and patriotism, which shows the counties patriotism. The movie revolves around the golden period of hockey and takes us through the journey of Tapan Das, a young assistant manger in 1936, who dreams of playing for an independent nation.

The trailer opens with a voice over announcing the words ‘Gold, British India’, whilst Akshay Kumar looks intensely looking at the British flag. It shows the 12 years it took to win a gold medal for India and the struggle of Akshay’s character along with others to win the medal for the nation.

It takes us on a journey of Tapan Das, who dreams of playing for an independent nation and wishing for India to beat Britain on their own turf. Inspired by true events, Gold showcases India’s first Olympic Games’ win as a free country in hockey and defeating its former colonial master on their own soil.

The release of the movie is just in time for the 70th anniversary of the massive win against Britain, and India will be hosting the Hockey World Cup this year.

‘Gold’ is due to be released in cinemas on 15th August, but in the meantime catch the memorizing trailer for the movie below.